Six By Nico. A new concept restaurant for Belfast, and a welcome addition to the cathedral quarter, brought to us from Edinburgh and Glasgow. 6 courses rotating every 6 weeks for only 28.00 and you’re going to want to keep up with them because once they’re gone, they’re gone.
With themes such as Vietnamese street food and Parisien cuisine, even a Disney theme being featured in their past menus I am looking forward to seeing what Nico and his team will come up with for Belfast. From talking to them though I found out that their first 3 menus will be inspired by Northern Ireland itself and with some of the best produce in the world and one of the most interesting cultures and histories that will be something to see!

First up is their debut menu, inspired by the humble chip shop, The Chippie menu takes the old standards and modernises them to levels you may be more used to seeing in Michelin level restaurants but with a very un-Michelin price point - this makes me very happy indeed.

We start off with a bonus 7th dish, an additional 'snack' for a fiver of fish fingers for most diners but for my coeliac self it was the vegetarian option of goats cheese espuma - a sort of foamy sauce - with fennel and apple slaw. This was a nice, light, lead in to the meal but obviously I was a little jealous of my companion tucking in to her trio of fish fingers which were crying out to be made in to a fish finger sandwich with the accompanying bread and butter.


Our next dish, the actual first course of the menu, was 'Chips & Cheese', a parmesan espuma this time with parmesan crisp, crispy potato shreds and topped with curry oil. Yes my friends it is a posh cheesy chip with curry and it was divine. As the official opening to the menu this dish delivered a salty punch and I will dream of it for years to come.
The following dishes come at a nice pace, we never feel rushed with each course but as soon as we are done we never wait long for the next. We have 'Scampi' - pan seared monkfish cheek in my case with peas and a tartar-esque sauce called a gribiche. 'Steak Pie' - a delightfully tender shin of beef which just melted in my mouth. 'Fish Supper' - pan seared cod, with pickled mussels, samphire, and fennel, cooked so tenderly that it melted off the fork.
Revealed from beneath a smoke filled closh the 'Smoked Sausage' course was the dish where I noticed the biggest difference between mine and everyone else’s. Not being able to have the crispy potato ravioli shell that gives the sausage it’s familiar name and shape, I had a terrine of the pulled pork sausage filling with home made brown sauce and served with apple and celeriac but minus the black pudding. Tasty but I missed that crisp texture that I could tell everyone else was enjoying.

Lastly we came to dessert. 'Deep Fried Mars Bar'. This was the course I most worried about as Mars Bars are not gluten free and in my head I went to a very literal interpretation of the dish. Thankfully no actual mars bars are used in the making of this course! Instead they use Caramelia chocolate - a caramel flavoured French chocolate - to make the mousse and serve it with a deep fried caramel wonton and orange sorbet along with some kind of magical cocoa crumble which I still haven’t quite worked out how it’s GF but I’m still standing so it definitely was! And yes it tasted exactly like a mars bar!

But is it gluten free? Well yes! Obviously I couldn’t have any of the above if it wasn’t. Whilst you don’t get the battered or breaded options the gluten free alternatives appear to have just as much care and thought behind them. There was only one element in the entire meal where I felt that I had “missed out”, for lack of a better phrase, and that was the crispy potato ravioli from the smoked sausage course. I still thoroughly enjoyed every bite as demonstrated by my many empty plates.
For those who don’t like seafood you can request to switch out these courses with the vegetarian options. Full vegetarian, dairy free, and I’m pretty sure vegan, options are available too!

The Chippie menu runs until the 14th April with a new menu being announced in its final week. An additional wine pairing option can be selected for 25.00 with options for a boozy aperitif too.

Thanks to Nico and team for a fab meal and great service. Thank you to Cathy Martin and the folks at Skapa PR and Rumour Mill PR for my invite also.
My meal was gifted however I paid for the additional “Snack” course and my pot of tea at the end. All thoughts and opinions are obviously my own, who else could come up with this stuff?! 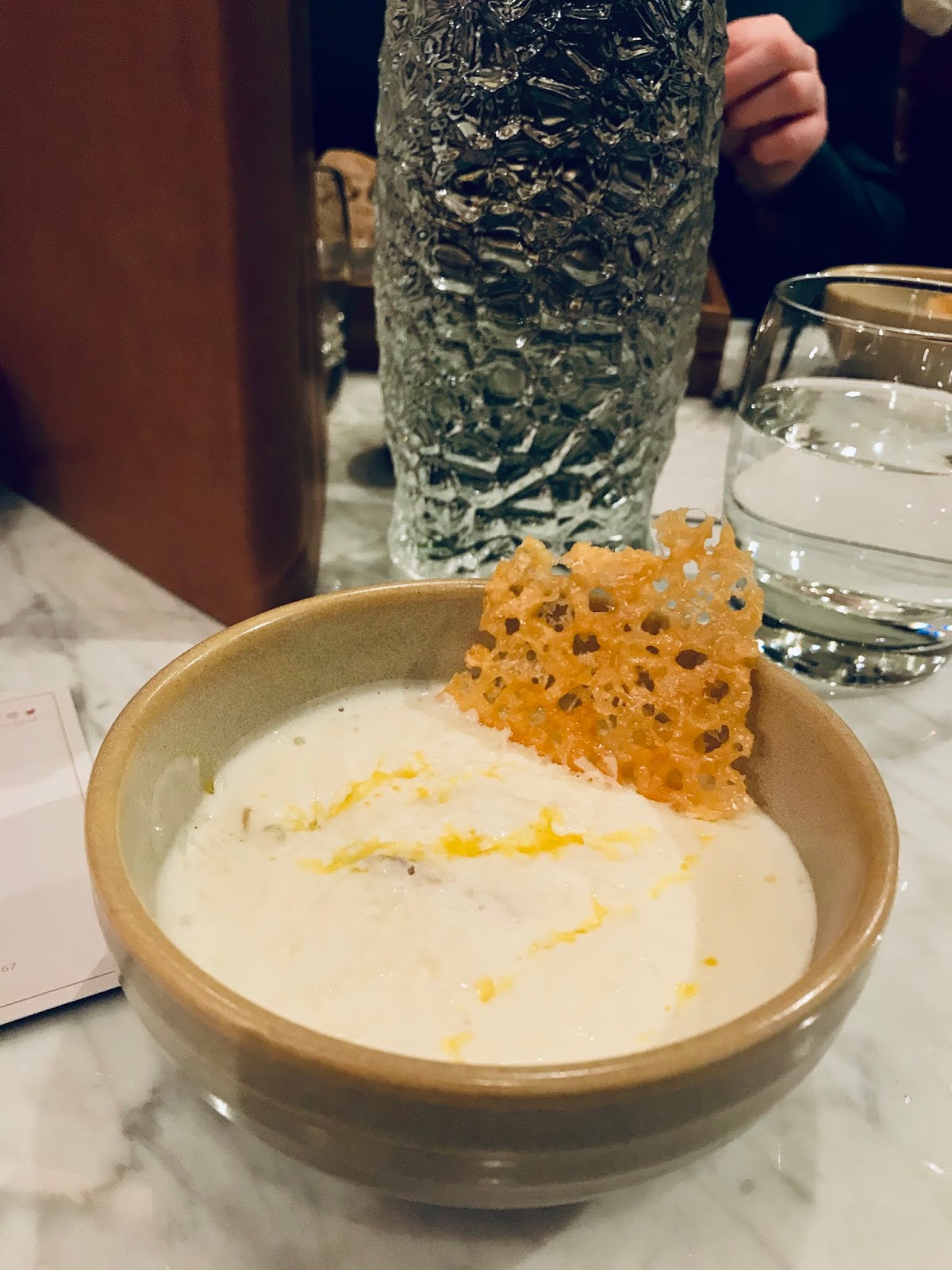 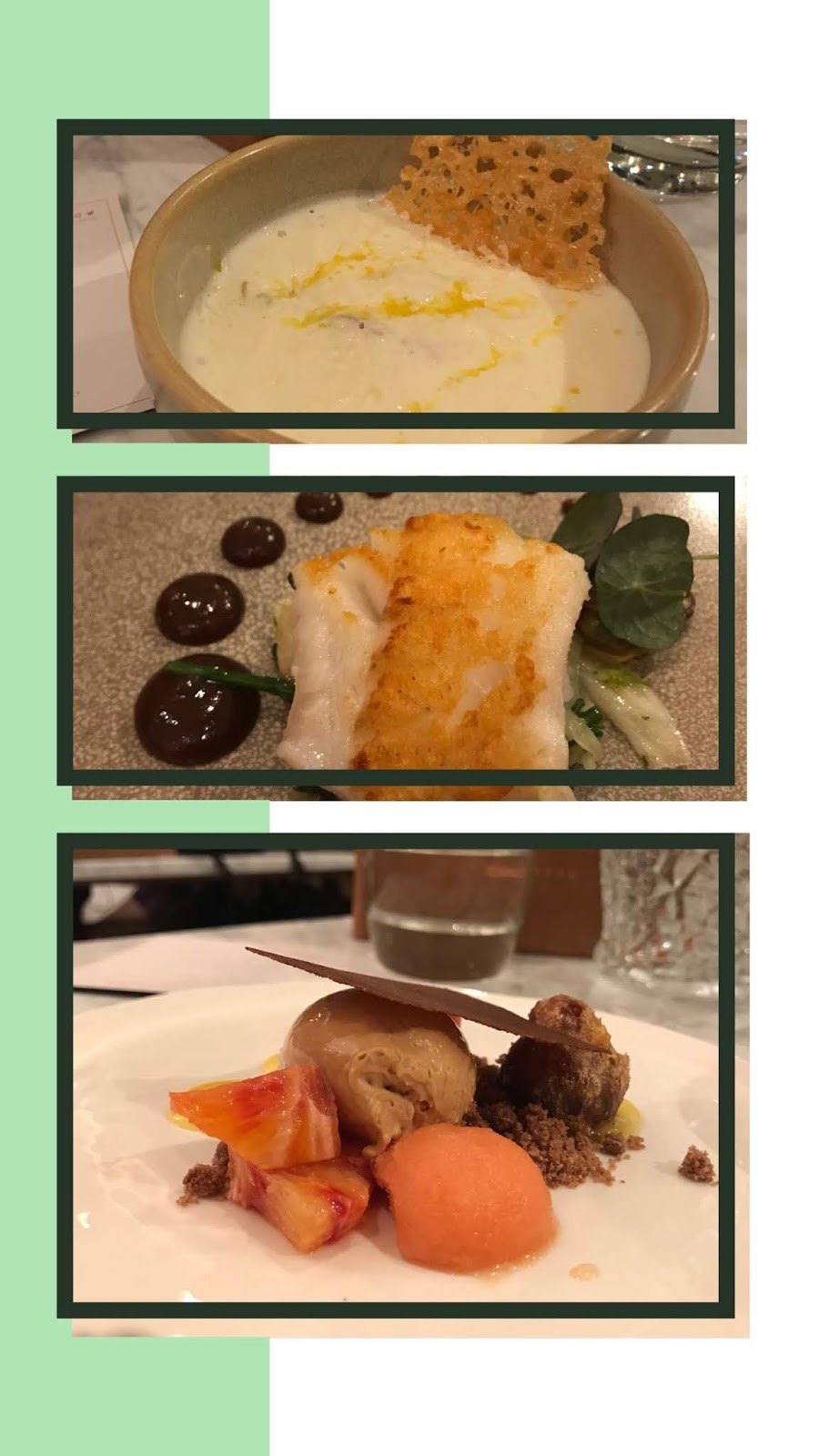