Last night was a rare chance to embrace my rock side in the form of  Nine Inch Nails at Belsonic. 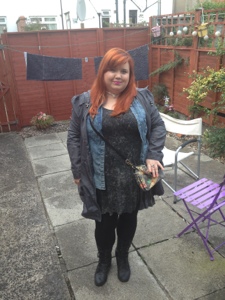 I rarely post my outfits but I recently bought this dress in the Urban Outfitters sale for £10! A bargain & I love it. Plus it was light enough and comfy enough to go under my raincoat. We may be the kingdom of the grey in Northern Ireland but we do vary it with clammy heat on the odd occasion. 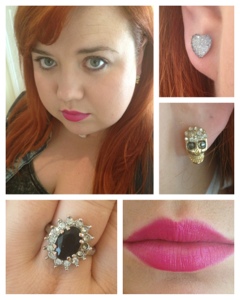 Make up wise I kept it pretty simple opting for dramatic lips with NYC Ultra Last Lipwear in Blue Rose. 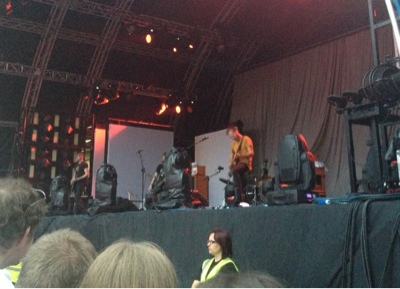 Northern Irish Band And So I Watch You From Afar (ASIWYFA) as main support. Have been following these guys since 2008 when I worked filming gigs around Belfast. It's always great to see them doing so well. I get so mesmerised every time I see them I didn't even realise it was raining until I was literally soaked! Set Guitars To Kill will always be my favourite song of their their set. 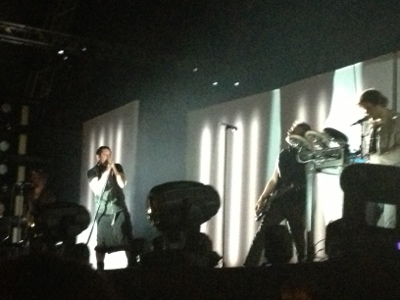 The main act themselves presented a really intriguing stage show with 5 light screens constantly moving and changing the layout of the stage to suit what was happening musically. 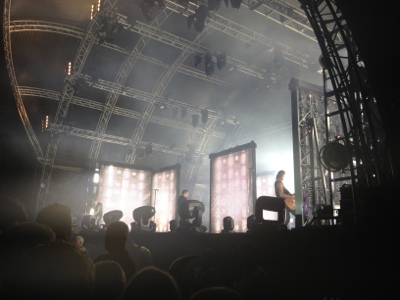 I'm not a massive NIN mega buff but I've always liked their mix of industrial rock & electronica. Highlights of the set was the ethereal Hurt, MY favourite song Closer, and the crowd pleasing Piggy. 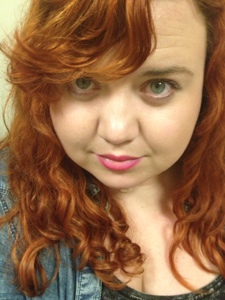 End of the night and I've held up pretty well. How is it I can never get my hair to curl so perfectly when I try?

Well that was a bit different wasn't it?! I'll leave you with a video of ASIWYFA performing my favourite song. I may have helped with it, back in the day ;)