By FaeriBex April 30, 2015
I make a point when I go food shopping to buy 1 herb/spice/condiment outside of my comfort zone. It's a great way to build up the store cupboard but it also encourages me to be a bit more adventurous when cooking.

This week it was Oyster Sauce and also a few cheeky fresh herbs & spices thrown in, so I decided it was the perfect opportunity to branch out my efforts into an Asian style marinade. I was confident I'd watched enough cooking programmes to know the basics and create something to satisfy the tastebuds, which this completely did.

The pork loin was, if I'm honest, 93p from the reduced to clear section in Tesco. A huge bargain and not a cut I would usually use given that I find pork can be dry and salty. Not with this marinade! The marinade would go well with chicken or cheaper cuts too if you aren't lucky enough to find 93p meat the day before payday. It's also perfect for the BBQ season which we seem to be having at the moment. 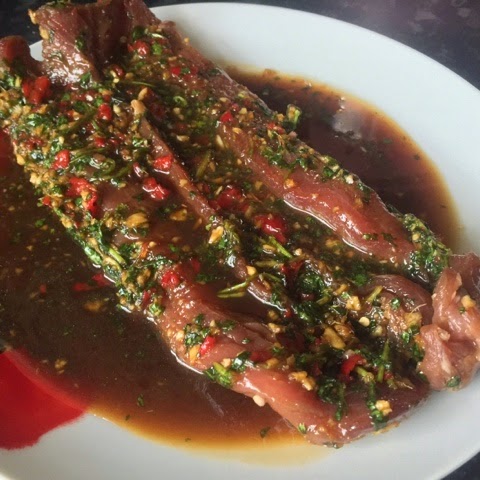 1 Pork Loin butterflied so that it lies flat.

I measure in Cups because they're so easy. It may sound lazy but I really can't be bothered with millilitres & grams when I come home from work, plus I love my measuring cups. They look like miniature sauce pans!

Start by blending the Garlic, Chilli, Ginger,  & Coriander. It looks so much prettier if you leave it a bit coarse rather than go into a full paste but it's up to you. Add the wet ingredients then pulse again and taste. Add the sugar/honey to taste, give it a final whiz and you're good to go.

Slather the mixture on and make sure it's fully coated. Because my bit was butterflied out there were a few nooks and crannies that I had to make sure were properly coated. Leave it in the fridge for an hour and then pan fry as hot as your cooker will allow for no more than 7 - 10 minutes, turning occasionally. Allow to rest for 5 minutes then slice before serving.

I served it with Creamy Five Spice Noodles, which are exactly what they sound. Heat a pinch of Five Spice and a small dash of cream (I use Alpro Soya Cream because of allergies) then toss cooked Noodles through it & garnish with whatever the mood takes you. In my case it was chives and more coriander, because I was feeling fancy. The cream will cut through the chilli and the five spice is just yummy! 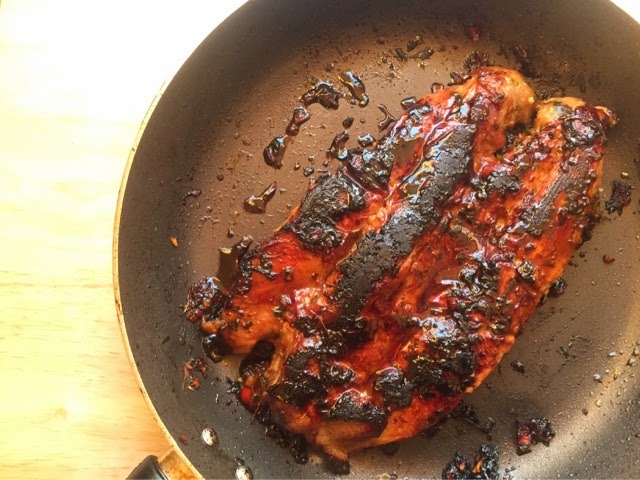 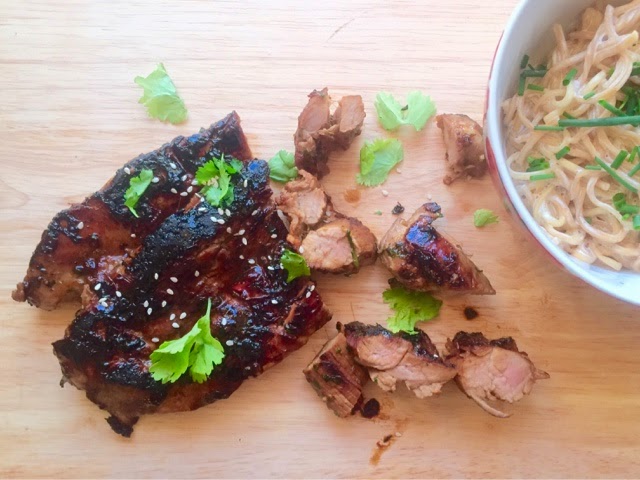 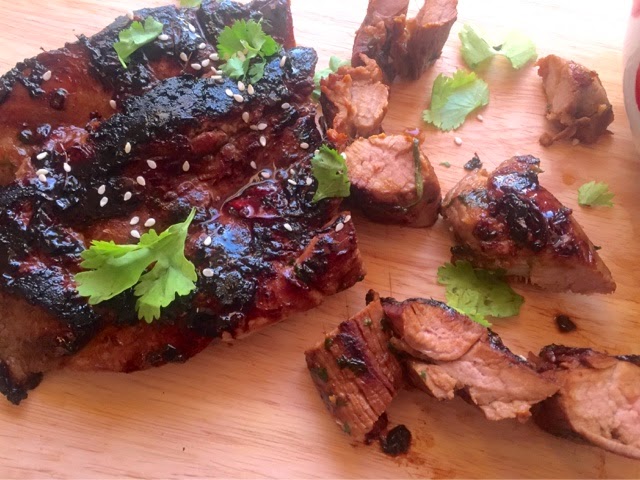 I absolutely can't get over how well this turned out. I had the leftovers the next day in a salad for lunch and it was just as tasty cold. It's completely changed my opinion on using pork that isn't just mince or sausage.