By FaeriBex December 08, 2015
I don't think it would be a surprise to anyone if I confessed that I love going out for dinner. I really do. My mantra for when I know I'm being overindulgent is "if you can't be good to yourself, why should anyone else?"

When it comes to where to go though I'm an absolute fraidy cat. We are creatures of habit and always end up going somewhere we've been before for fear of anyone being disappointed. I'll go to the same places, choose the same things and bore myself to tears because when you're a creature of habit, habits are hard break.

Thankfully I've had a bit of a push recently by being invited to a few new openings (it sounds fancier than it is trust me) and it's spurred me on in my quest to broaden my horizons. With that in mind I wanted to share with you the newest in my list of 'favourite places to go'. 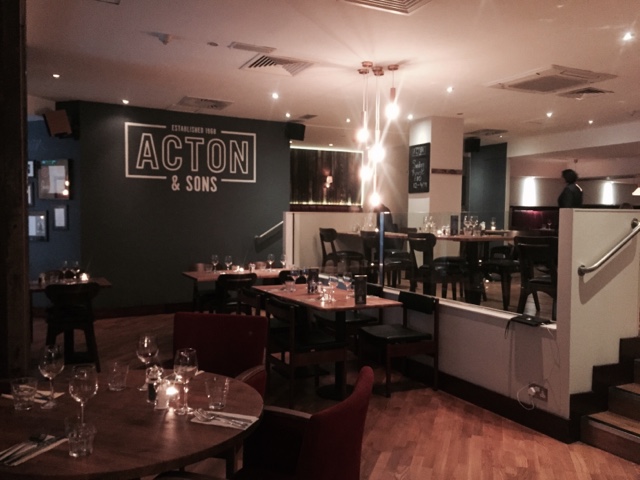 Formerly Olio, Acton & Sons is situated in Brunswick Street facing the large open square. The area in undergoing major redevelopment so expect to be familiar with if you aren't already. I had heard lots about Olio as a former housemate went there with his family all the time but I had never made it myself. With their relaunch as what shall now forever be known in shorthand as 'Actons' I jumped at the chance to try it out and then I loved it so much I went straight back a few weeks later with friends for a casual sunday night dinner.

Like most new bars and restaurants these days they are specialising in homegrown Gin, their brand of choice is the Irish-made Shortcross Gin and if I'm honest its the only gin I've ever actually enjoyed. I was introduced to the Bramble cocktail and now I also have new addition to my cocktail repertoir too! 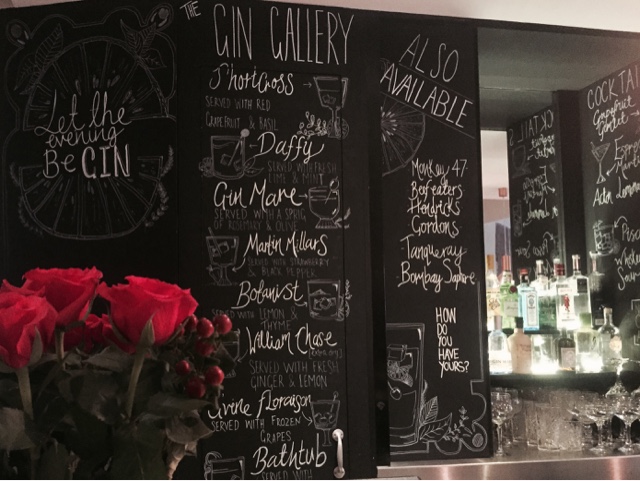 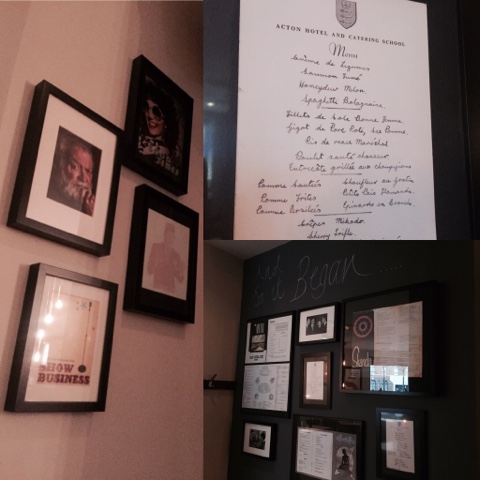 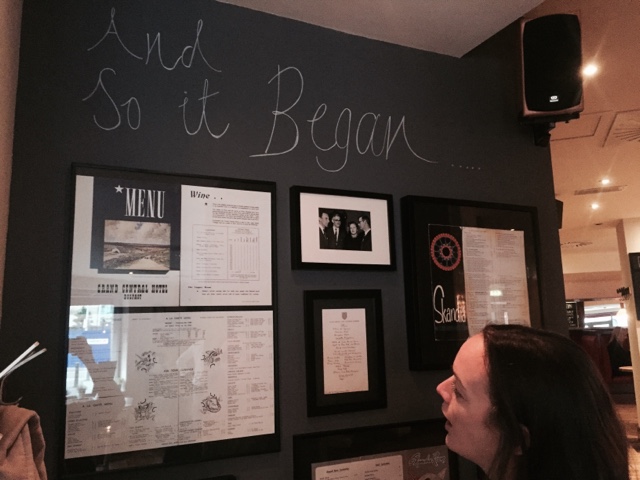 I love this little shrine to the history of Acton, everyone went to a Skandia back in the day so there should a lot fondness to bring people in. 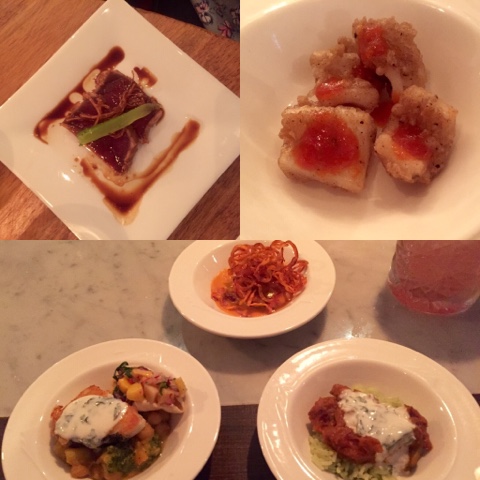 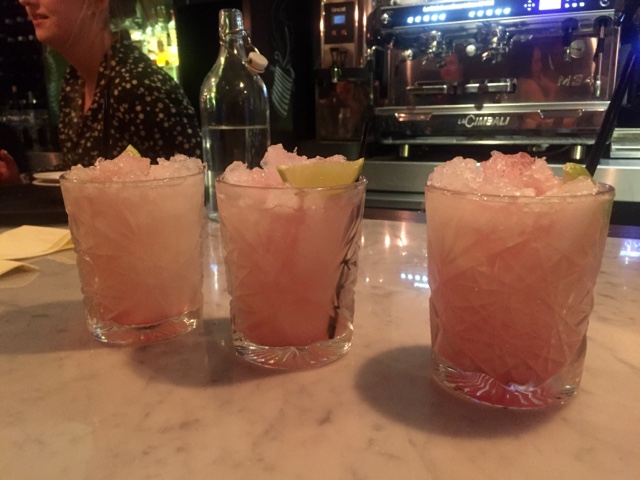 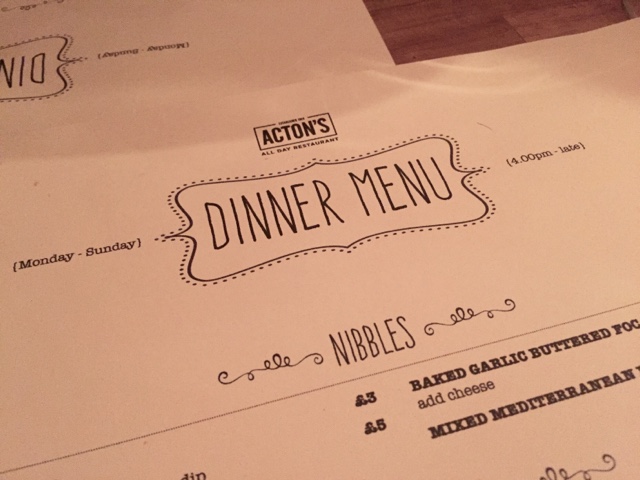 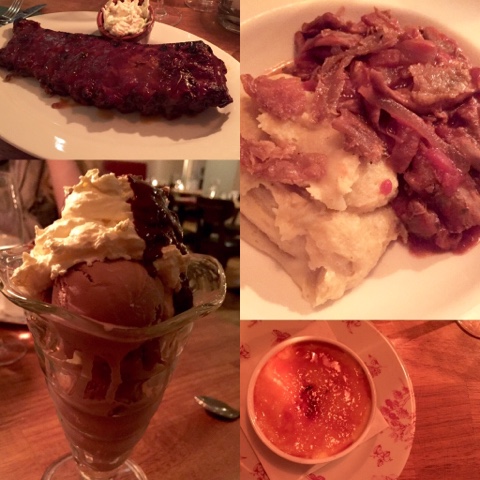 The full menu did not disappoint and this time we got dessert! Oh I could eat Crème Brûlée every day and never tire of it. Yum! 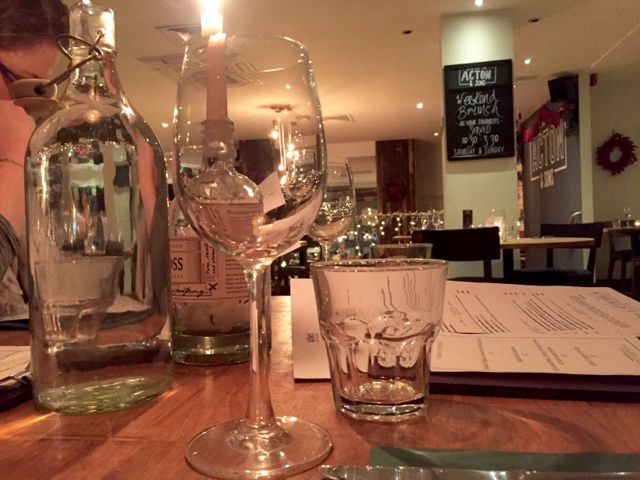 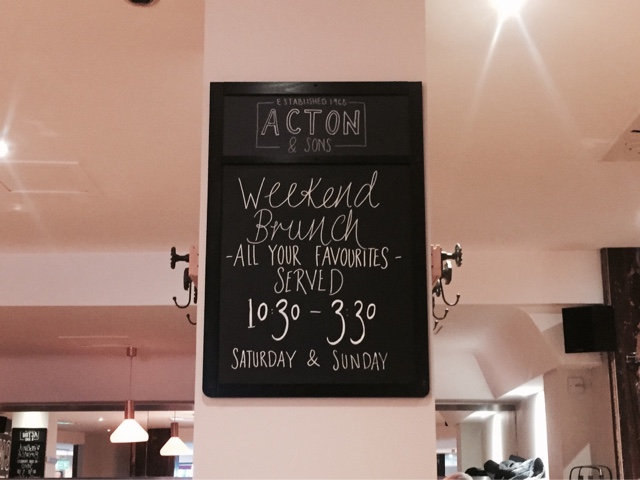 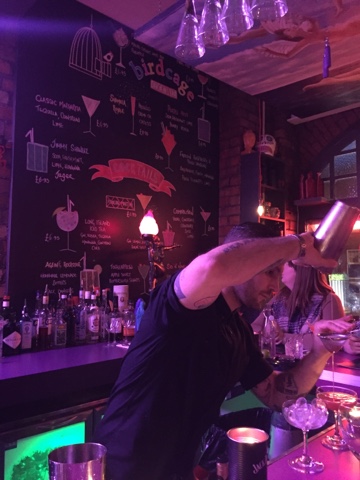 Birdcage is actually one of my 'Go To' choices when someone asks for a restaurant recommendation because I believe they do the best fried chicken in belfast. I defy someone to beat it and I look forward to being proved wrong (that would be some seriously good chicken). This time we there to try their new Stay Bar Menu. If you think tapas with ribs, chicken wings and white bait you'd be on the right path. The menu is made up of small and smaller dishes which you can mix and match as you'd like and because you're sat at the bar you get to chat up the bar staff who'll recommend you your next cocktail too. Word to the wise, they are potent! 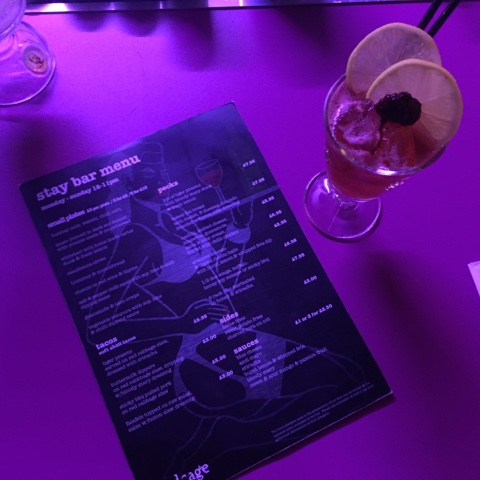 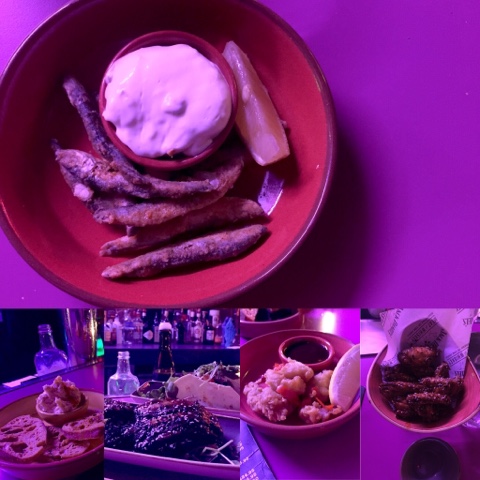 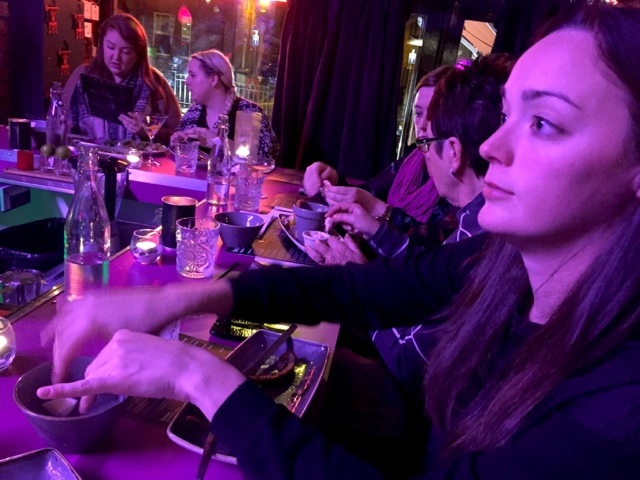 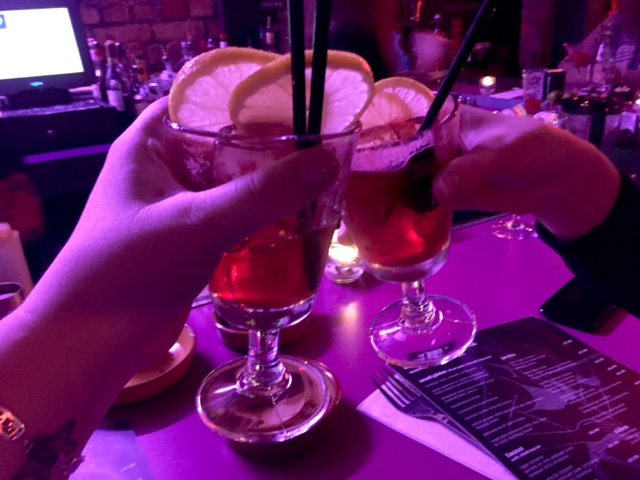 Anyone for an Espresso Martini and Sambucca Icecream? 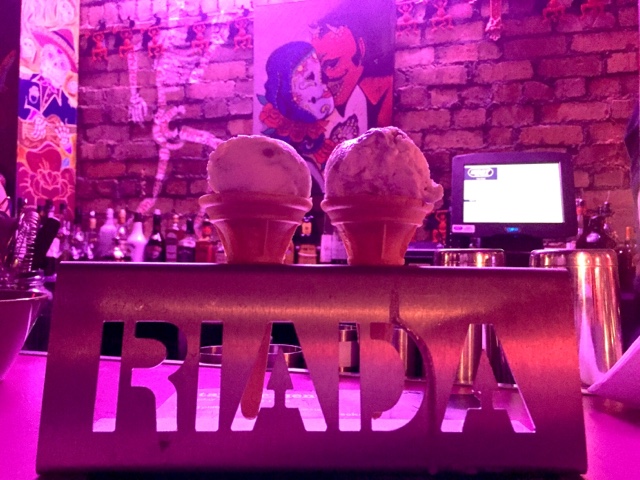 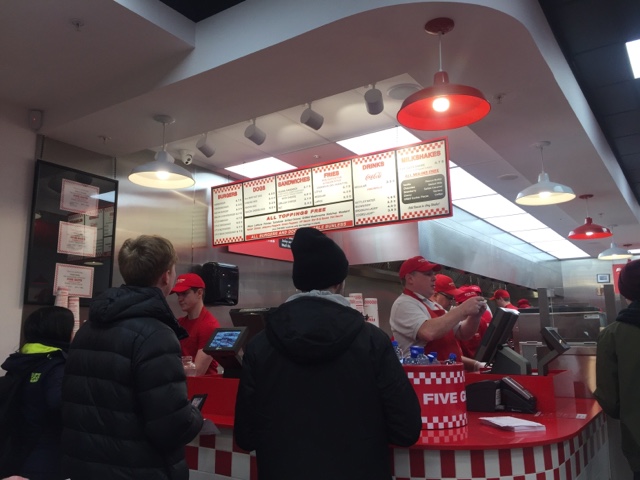 A huge change in aesthetics now as we move onto the latest restaurant to open and that is the much anticipated American burger joint, Five Guys. I had originally planned another restaurant for this spot however when I found out that it would be opening today I had to change my plans. What better way to celebrate new places to eat than going on opening day!

Five Guys is known for shirking freezers in their restaurants and only using fresh food, they go through so many potatoes there are huge sacks stacked up high along the walk ways (think of the boxes of avocados stacked up in Boojum and you'll know what I mean). 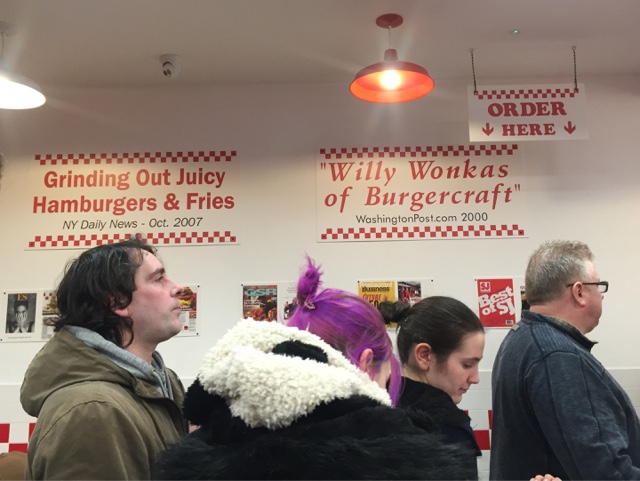 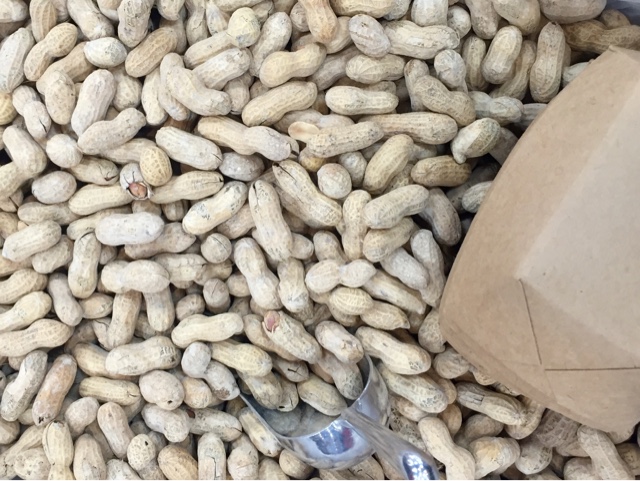 Hungry in the queue? Just take a carton and a scoop or two of free peanuts to keep you going. Not that you'll be queuing for long, this was a well oiled machine even during the opening day chaos. 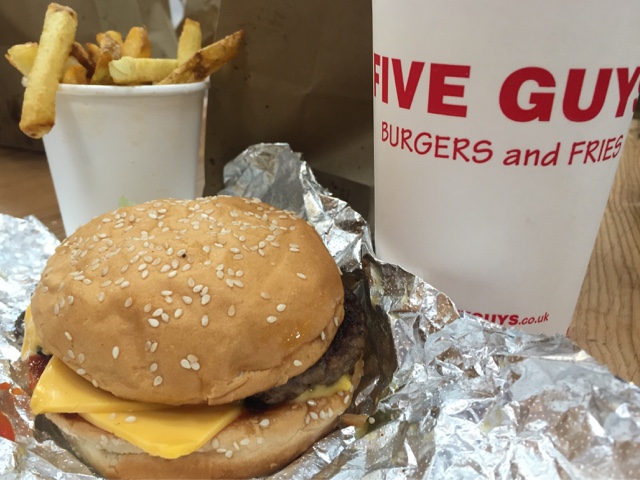 Altogether my cheese burger, fries and drink (complete with free refills) came to just over £13. Expensive when comparing it to the likes of the kings and clown toting fast food restaurants we're used to but that's where the negative comparisons stop. It's twice the size of anything you'd get in other fast food joints and juicer than those in most sit down restaurants. I'm fussy when it comes to my burgers and I've been known to discard half the bap and complain about the dry over cooked meat. Here you get a nice medium rare and I polished off every last bite (admittedly in two sittings I was that full) I even got a hug and a high five on my way out! When was the last time you got that in a Mickey D's? 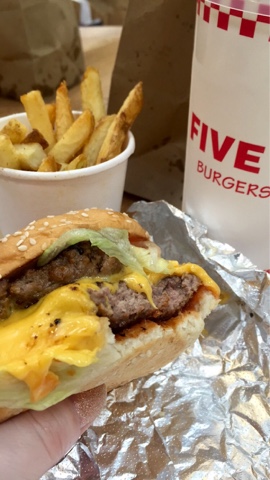