My Month In Film: October

By FaeriBex November 02, 2016
Each month I take you through some of my favourite watches from the previous month. 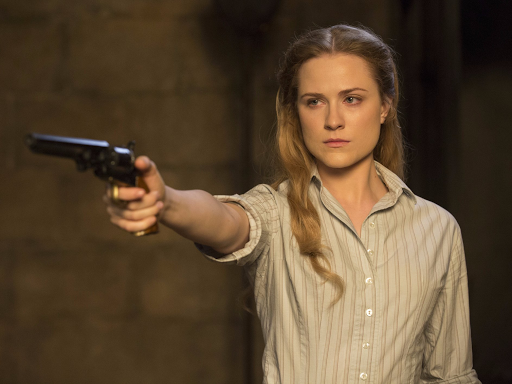 It's very possible that Westworld could be the "next big series". A mix of Wild West frontier and bleak future we only see like through the back stage and front stage of Westworld, a serious take on LARPing (live action role play) where you get a gun and a hat and carte blanche to shoot anyone you like. Unfortunately the 'anyones' are life like robots slowly discovering their own sentience and not best pleased with how they've been treated. It's Jurassic Park mixed with Humans mixed with The Hunger Games and it's great!

Luke Cage
There are glaring issues with Luke Cage. The cliches. The plot holes. The refusal to mention any of the other Marvel franchises by name despite everyone knowing about what is happening during the timeline. Rumour has it there were issues between the studios and creators about permissions to use names, this seems silly given that the point of the marvel universe canon is the ubiquity of its Heroes. I prefer to think that maybe the writers didn't want to get bogged down in previous story arcs and have to explain everything over again  I like to think that they wanted Luke Cage to stand on its own merit and to a certain point it does. But it's not perfect. I'm hoping that once the Defenders series is released these problems will die down. Captain America doesn't pretend that The Avengers don't exist during his standalone movies and Luke Cage should follow the lead.

Diary Of A Teenage Girl
I was in a deep Kristen Wiig binge when I stuck on Diary of a teenage girl. It's kind of like a modern day Lolita with 70s hair and Alexander Skaarsgard semi naked. If I had watched this as a teenager it might have been inspirational and thought provoking, a film that would stay with me during my own sexual awakening. As an adult in my thirties who is very much "woke", I found certain aspects of it creepy, uncomfortable and annoying... but I still enjoyed it. Kristen Wiig is excellent and frustrating as the clueless mom and the lead actress, Bel Powley has a very good indie career ahead of her. 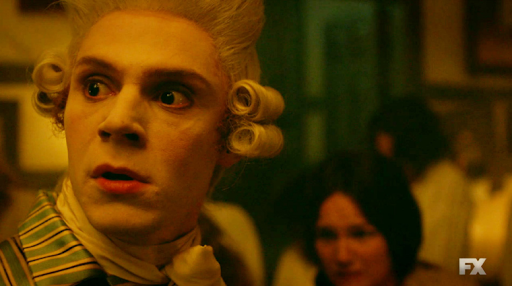 American Horror Story
Not just the Roanoke titled sixth season... I went back and watched it all! Well it Halloween after all.
In reality I decided to go back and refresh myself on the first five seasons of American Horror Story because I knew that all of the ties were starting to show and I wanted to see what I had missed originally. I spotted LOADS of plot points and Easter Eggs and now there are things that make a lot more sense. Well worth doing!

The Blacklist
This show is a guilty pleasure. It's cheesy and predictable and has the hammiest performance from James Spader ever but I love it. I'd watch James Spader paint twigs if I'm being honest so a super rich criminal genius with an obsession for his surrogate daughter who happens to be a rookie FBI Agent is much more entertaining.

Special mentions go the new series of South Park and Family Guy. I might the only person in the world still watch these show regularly but I have no shame. They're great!