It may sound weird but there’s never a better time to be diagnosed with an illness than today. We live in a world where medicine is changing daily and, when it comes to dietary requirements, the options available in restaurants and food retailers is growing beyond anything we ever imagined.
That being said it can still be tricky to know where to go if you're a Coeliac in a rush, or trying to keep to a budget. One of the key things I have found since having to switch to a gluten free diet is that lunch times are the hardest. Especially when you’re disorganised like me and have a low key hatred of cheese and ham sambos and tinned soup. Luckily I have recently started working in belfast city centre and it turns out that an hour over lunch is just the perfect amount of time to go exploring to find new lunchy destinations. I’ll miss the likes of Greggs for easiness and cheapness but I’ll be damned if I’m getting stuck with another crap brownie* for lunch.
And so I hit the streets. I have not yet exhausted my options, there are a few places I want to try but I’m a bit scared to be honest, the fear of cross contamination is real and finding solid recommendations from other local coeliacs has been few and far between.

*I’ll happily be stuck with a delicious ooey gooey brownie if anyone can recommend an decent option.

Snax 'N The City
It was a random decision to pop in to Snax 'N The City. Situated in the heart of the linen quarter behind city hall, I basically walked in thinking I would ask if they did Gluten Free, get offered a brownie and walk straight back out again - weirdly this tends to happen in the places that sell themselves as being quite "hip". Instead I was immediately give a whole host of options that were suitable or could be prepared suitably including Vegan GF Curry, GF Soups (able to immediately tell me which ones had barley and weren’t ok) GF chilli con carne and a range of sandwiches, salads, and buns. I was fully taken aback at how knowledgeable all of the serving staff were and really comforted to see how they took care to make sure nothing touched anything that could contaminate. I’ve tried with other sandwich bars and ended up being glutened. So far good here. 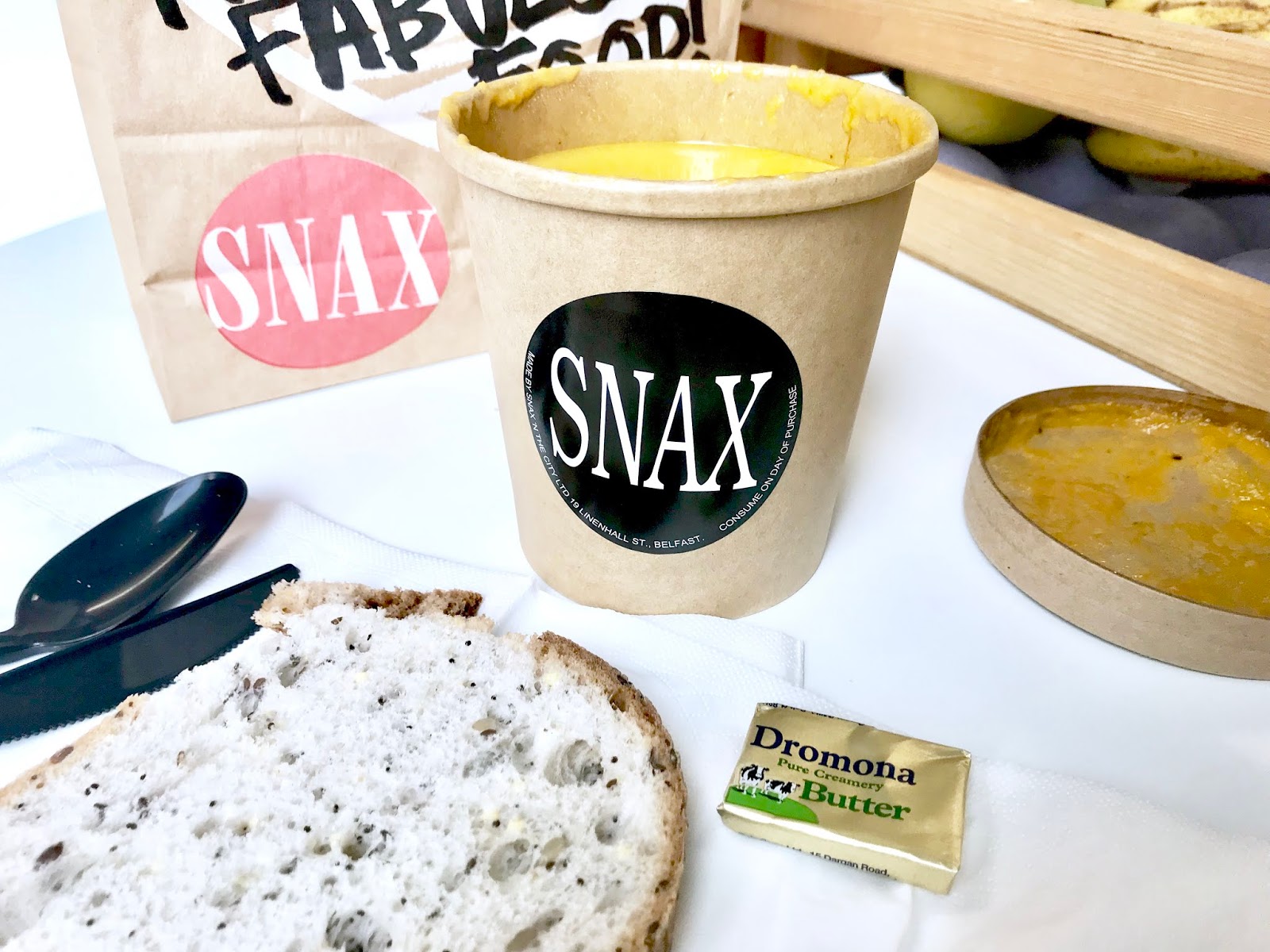 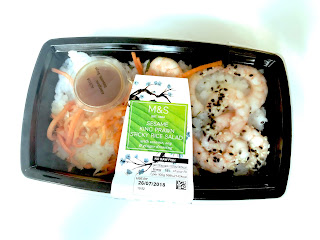 My most visited lunch venue because of the sheer range and the convenience of being 3 minutes from my office; no matter what mood I'm in I can find something. Hot or cold. They have a full range of Made Without Wheat sandwiches, wraps and ready meals, quiches and even sausages rolls but a lot of their standard range is naturally GF too. They have also started using Tamari in some of their normal lunch options so it’s worth checking a few ingredients when you have the time to see if they’re ok; I'm hoping that they extend the use of Tamari/Gluten Free soy as it really does make sense. 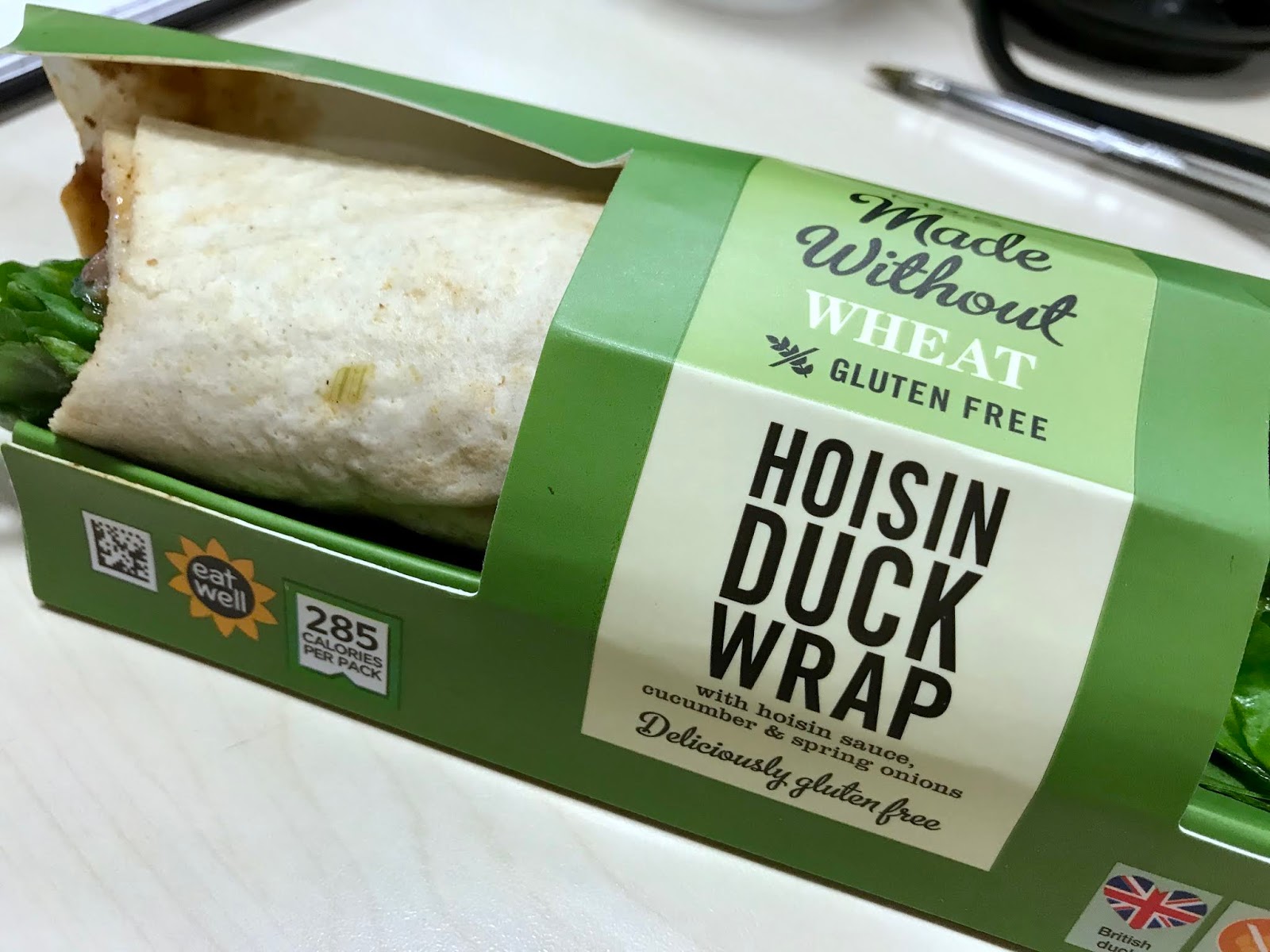 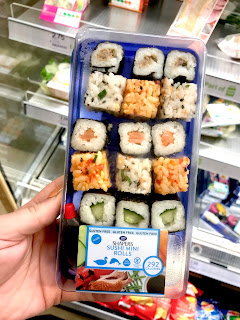 Theoretically do sandwiches and pasta salads, I’ve heard they’re good but never actually seen them in stock myself. All of their Sushi range uses Tamari however so it’s handy to be able to lift without thinking.


Tesco
Again they have a number of microwave meals in the larger stores. I love the little 1.50 chicken tikka masala rice pots which are a fairly recent addition to their “normal” range (I.e. not specifically labelled gluten free) they also use Tamari in all of their sushi packs so it’s great to know I can lift most of those those in a crunch. There is also a new addition of gluten free tuna pasta salad to their takeaway which is like most pre made pasta salads... an acquired taste.

YoSushi!
Ok You may be sensing a theme here. I'm a well established sushi geek and it was one of the first menus that I googled to see if I could get my YoSushi Gluten Free fix. The selection is rather small and you would need to be happy with the plain seafood nigiri and small rolls - no more california rolls for Bex - but I will make do. I was even happier when they offered me GF soy sauce to take away. Even just that simple offer was comforting to know that they were aware of the gluteny situation. 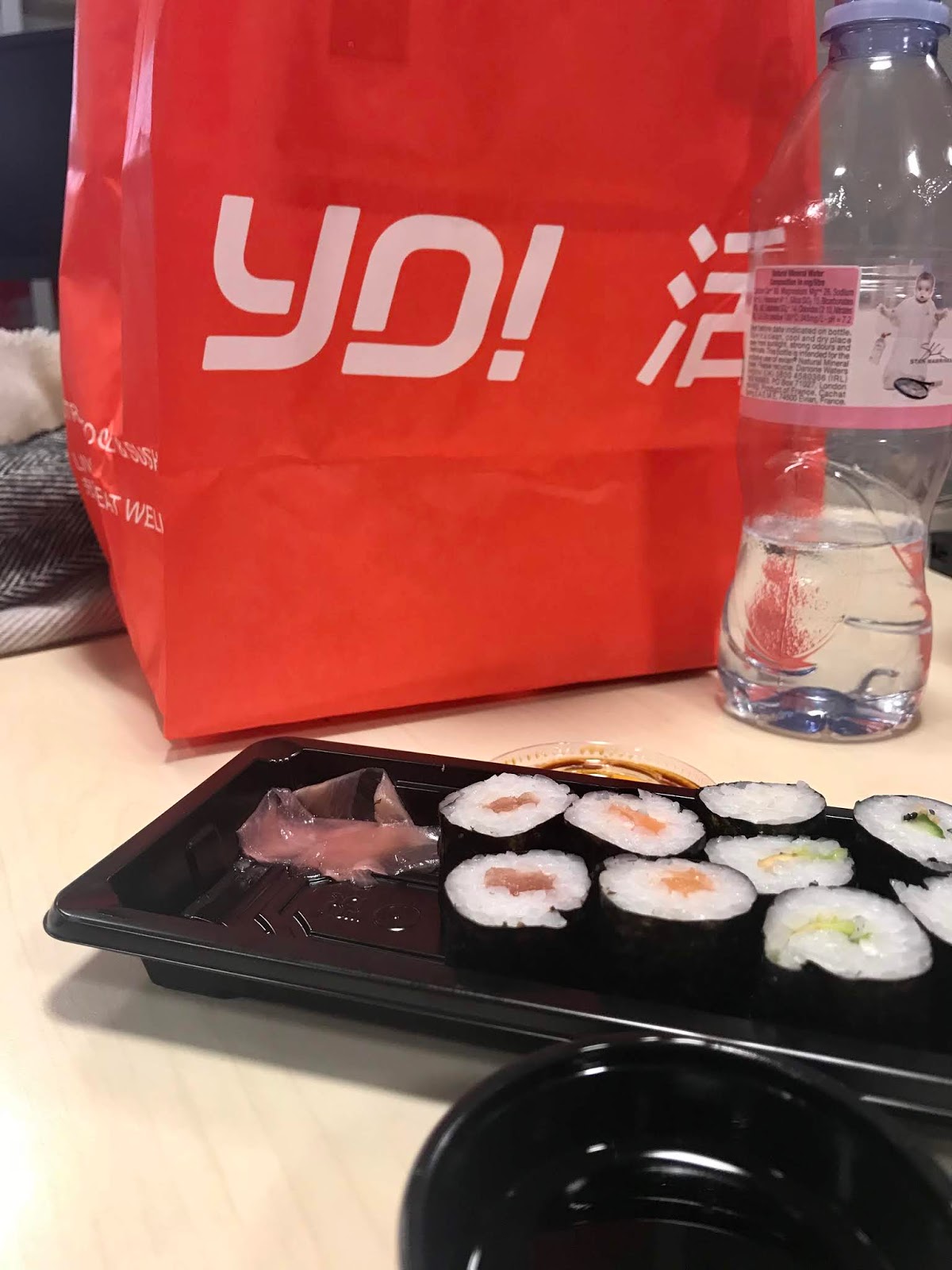 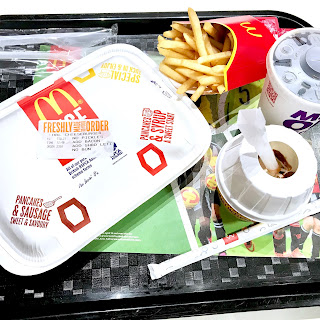 Random, I know, but you can actually have a pretty decent meal in McDonald’s if you order your burger without the bun - yes you are limited to beef options only and some staff are more creative than others when it comes to assembling it attractively - but it still hits the spot. Most of the time you can guarantee that chips are safe too as they ensure their fryers are dedicated to chips only  - double check with the staff first in case they are using them for limited edition items, like wedges, that may not be safe. However if you’re in holiday in Europe chances they have actual proper GF options including baps so get your fill of those while you can!
Bad Ass Buritto/Boojum
I couldn’t rule either of these guys out because they both succeed where the other fails and I always have a tough time choosing. Bad Ass Buritto has the benefit that all of their fillings for the bowl are gluten free including my favourite Mexican Rice - who actually likes lime and cilantro? No one. Boojum have the benefit of having a guacamole recipe perfectly tuned to my tastes - 99% avocado and no massive chunks of the rest! That’s honestly my main arguments between the two. Yes boojum’s portions are larger but you pay more so there’s no real benefit

Jury's Out
Home: It sounds great in theory. Of their new deli offerings only one option in Home Belfast isn't available as a gluten free offering. In reality there were no special efforts to avoid contamination once the lovely gluten free bread roll was fetched from its safe-house in the kitchen. The poor thing was slapped down on a crumby surface - despite my protestations I got a nod and a smile - up against a dirty tea towel which would have been unacceptable even without the contamination risk. Nothing was sterile or kept separate so you really are taking a risk that it is all uncontaminated. The great thing is that you can watch as its prepared you'll know exactly at which stage your really tasty food becomes inedible because I have no worries about the kitchen prep. This could be great but it's not quite there yet.

Banh/Katsu Queen/Jumon: I have been assured that there are GF options available at what could arguably be Belfast's best chain of pan Asian restaurants - serious though she is amazing - but as yet haven't had the guts to go and try. Also from past experience the portions are super generous so thats being saved for a day when i'm REALLY hungry!

Cafe Nero: Were originally one my of my top picks because of their Ham & Egg bap which I was obsessed with but they only went and discontinued it so I'll be honest... I'm huffing. They did replace it with a Ham sandwich which is alright as ham sambos go I guess - remember that i'm not a fan of those anyway - but they have also added a pre packaged potato and leek soup which I've yet to try but this makes them one of the rare coffee chains that offer multiple savoury options! Bask in that glory Cafe Nero.


I am going to take this moment to shout to the Leon restaurant chain over in the mainland. Please open up in Belfast. I need my GFC - Gluten Free Fried Chicken - fix so badly! Lets hope the google alert gods pick that one up XD 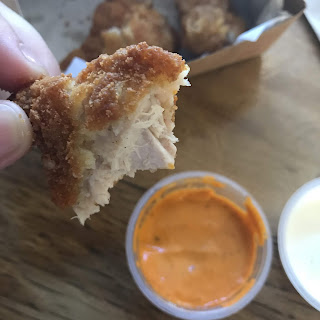 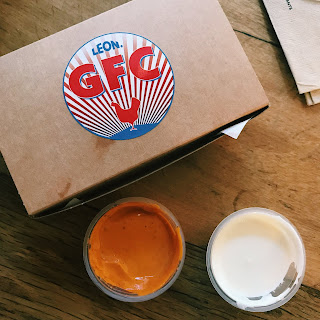