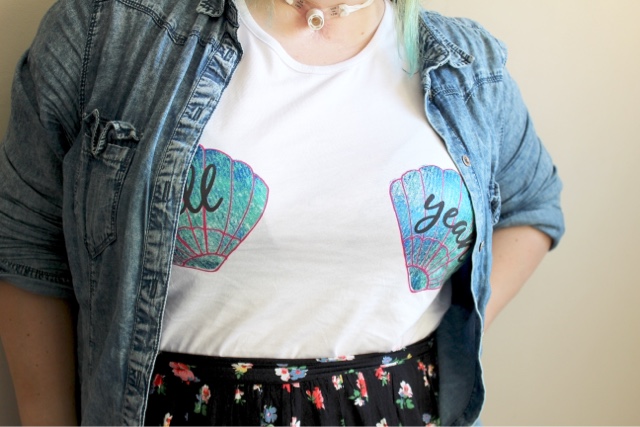 There's a movement in Belfast right now called #freethenipple. It was started by the lovely girls of Go Girl who decided they were bored of the internets double standard for women and they have made a hilarious music video which I will link below.

Despite the internets apparent revulsion of the female form and all of its small bumpy bits, there are elements of the fashion industry that still seem determined to remind us that they are there and that we should draw as much attention to them as possible.

I'm all for this!

Asos Curves' "Shell Yeah" vest is a prime example of this. Every girl in our generation has grown up coveting a clam bra like the Disney Mermaids we all wish we were. Heck, if you search the Internet deep enough you'll find that some people have actually made some! That's a different post, maybe. This vest gives you the clam bra look without the pesky plankton ickyness.

I picked it up in the recent 20% sale because I rarely buy anything these days that isn't sale but, if I'm being truly, soul searchingly honest with myself, I would probably have bought this full price. It's only £16 and brings me one step closer to being an actual mermaid (which you'll have noticed is a bit of a theme recently). 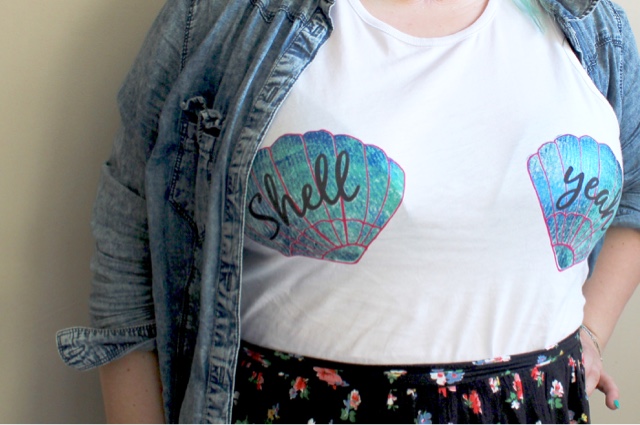 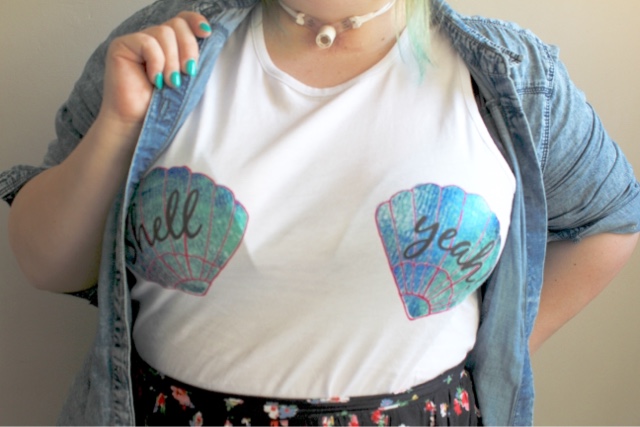 Watch the Go Girl video here and if you're in Belfast on the 27th June come to their debut gig in The Bar With No Name!
https://m.youtube.com/watch?v=hkzqDBLSOFw&feature=youtu.be