Game Of Thrones King's Banquet at The Cuan Inn, Strangford. 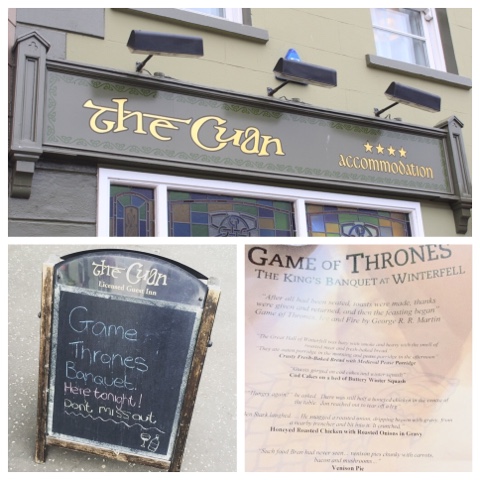 When my friend Sarah from http://thesarahstory.com/ messaged me late one night having just discovered a Game Of Thrones themed banquet WITH menu lifted directly from the books(!!!) it was instantly decided that we must go, without question.

We investigated a little further and discovered they were holding 3 public events over the summer. One a month in June, July, and August respectively. July was debated but we settled on June because, excited little fangirls that we are, we really couldn't wait! And so it was booked, we would travel up to Strangford to The Cuan Inn on the 27th June to feast as they did in the books. 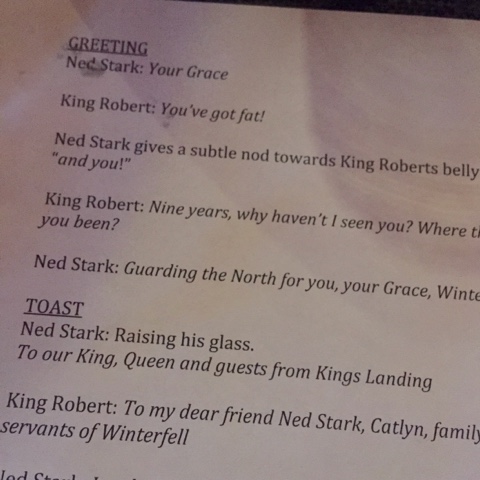 On arrival we were ushered into a curtained off area, lit only by candle light, and met our fellow diners. For a little backstory we were told about the close relationship the Inn has with the production. Many of the main cast, including Sean Bean & Mark Addy in the early days, have stayed there. They themselves have worked on set up at Castle Ward for the External Winterfell scenes, Robb Stark's encampment, and a few others. You could genuinely tell that they loved the show and loved being able to offer a little slice of it to fans & tourists.

Our dining buddies included a couple from South Wales who were over touring the various filming locations and tourist hot spots for the show. We told tales of friends & family appearing as extras and they in turn shared their Doctor Who, and various other BBC programming, connections. Everyone was in good spirits and at ease with each other which made for a lovely atmosphere in what could have easily been a very awkward situation. 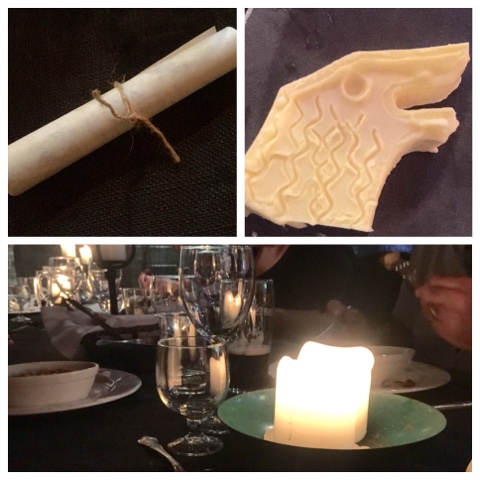 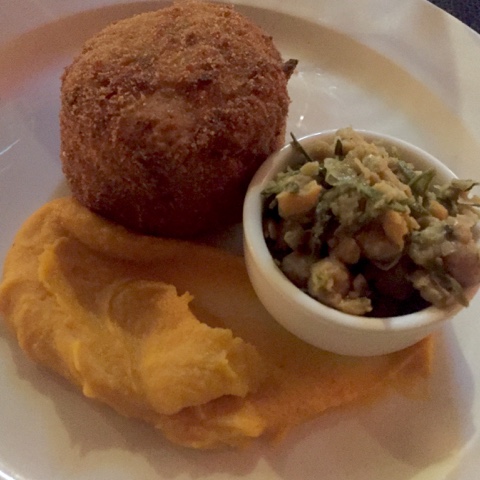 My first thought looking at the menu was one of stretchy waist bands and breathable fabrics. Laid out as a 5 course menu (2 starter, 2 main, 1 dessert) it's a bit daunting. Thankfully they scaled down the courses and combined them so you actually recieved 3 healthy courses, slightly more manageable for the mind.
The cod cake was lovely, more on the potatoey side than fishy but steaming hot and very satisfying. The Pease Porridge, which is basically a fancy (or maybe old fashioned?) name for mushy peas was also fab. I love Mushy Peas so this was always going to be a winner. The stand out of this course was the Winter Squash. Unassuming on the plate but oh my it was wonderful, I could have happily sat with a full bowl and a spoon for the rest of the evening. 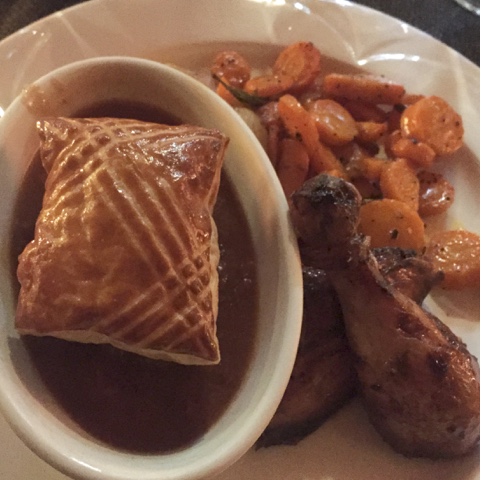 It was a bit odd receiving these two items together as one course. You ended up mixing and matching elements in ways you probably weren't meant to. The caramelised carrots that came with the pie were lovely but they were slightly overwhelming when eaten with the honeyed chicken. Both the pie and chicken were nice, the meat itself was tasty but I was a bit disappointed in its dryness. Potentially not their fault though, we were running slightly late so timing was an issue. Also, I missed out on the funky Dire Wolf shaped pie crust my companions received so I have may have been slightly bitter about that. 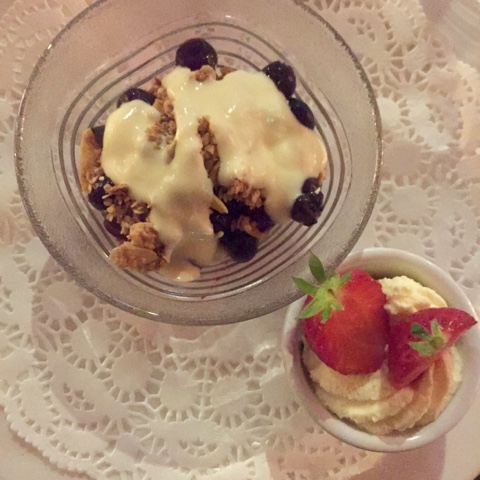 Dessert translated in partially frozen blueberries (the best way to serve blueberries!) with a sweet, oaty, biscuity crumble topping and a drizzle of CrèmeAnglaise (custard). My verdict? More custard, please! I mean yes it was all delicious but I will always stand on the side of "more custard, please!" It was a very good custard. 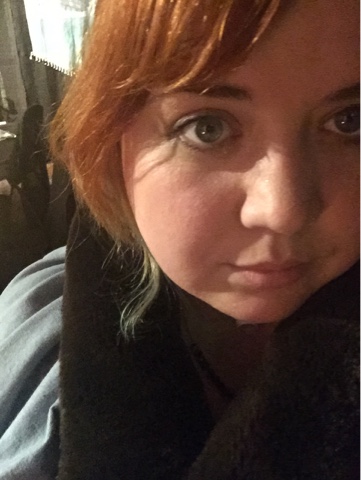 After dinner we hung back to create our own theatrics, playing about with props & cloaks while everyone staying the night retreated to the bar. I really enjoyed the meal over all and it was lovely to get up to Strangford to see the lough and the old castle buildings.

The whole night for us cost £25 each for the meal but you could stay in the guestrooms for £62.50 Not a bad price for a full evening plus room & board.
We also discovered that they will arrange the evening for large groups of 20+ so if you have a gang of geeky friends and a special occasion coming up I would give this some serious consideration. 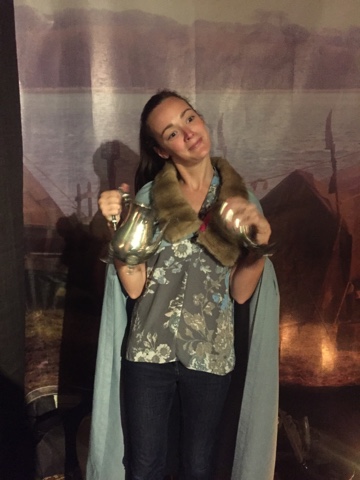