By FaeriBex July 04, 2011
Anyone who knows me, knows I'm a freebie whore. I'll do anything for a freebie, including spend! However being new the world of premium makeup its surprising that I haven't taken more advantage of the free samples that some brands offer. My first experience of it was the lovely girl at Benefit sending me off with loads of lovely miniatures after buying their newly released Moisture Prep. And after Michelle's last post swearing the necessity of try before you buy when it comes to foundation I thought I'd give it a go and just ask.

My first cheeky attempt was Bobbi Brown, only to be told that they rarely give samples away. Gutted. Tbf there's nothing specific that I want to try from them, I really was just being cheeky and seeing if they had any freebies in. 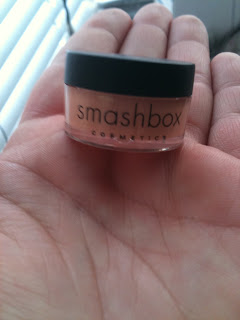 Second try was Smashbox and this time I did have a specific item in mind. I've been looking for a facial primer for a while now and tempted as I am to stick with my first love, Benefit, I've also been perving over the Smashbox range. Couple this with a friend letting me test her primer (Photo Finish in Adjust) at a recent hen party and I was even more determined. So I headed to the counter and asked their advice on which one would be best. After much discussion and several other consultants bring brought in to ask their advice it was decided that the Photo Finish Blend might be the best option for me. Key word... Might! So I asked for a sample to try. And without question I was walking off a minute later with my sample pot in hand! 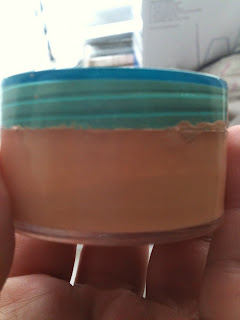 My third and final stop on the sample hunt was the MAC counter. I'm officially a MAC newbie. I only own one product (a lipstick) and have only used a friends eye shadow. Mega Uber Ultra newbie status declared. And again after Michelle swearing by Prolongwear I asked for a sample. Problem. They had no sample pots! but she said if I went to Superdrug and got one of their travel pots, she'd gladly fill it for me, and she did! And she put a decent amount in it too. Which is good because those Superdrug pots are officially crap and you can see it leaked a bit by the time I got home. I was so impressed by the help at the MAC counter I may have bought a large stipple brush on impulse. Oops. 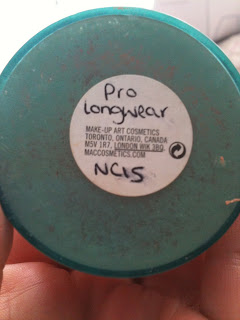 I've held off posting this now for a few days because I wanted include quick reviews but to be honest I'm still undecided as to both products so I'm going to give them a few more tries before I settle on a verdict. Really sorry for being quiet recently but I've actually been torn over these products! I'll do better from now :)
xx