6 Game of Thrones locations you can visit in a day 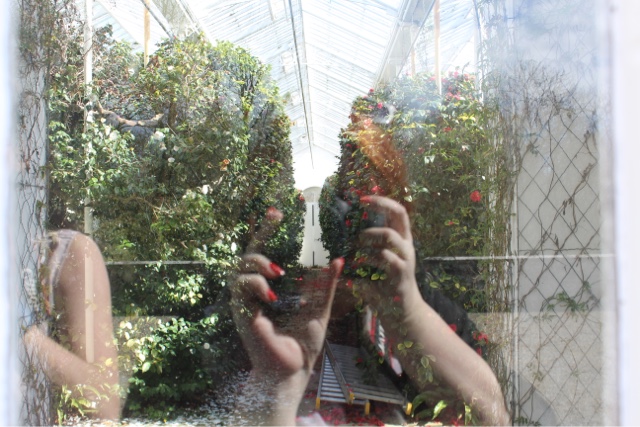 If you don't know that I'm a massive Game of Thrones fan then where have you been? I'm a huge fan of the show and although I haven't read all of them, I would say that I am a fan of the books too. I just made a very conscious decision not to finish them until after the show because it is moving faster. Last year myself and Sarah went to a Game Of Thrones Banquet in The Cuan in Strangford. The whole evening was built around a menu derived from the books and we got lots of stories about actors who had stayed in the hotel whilst filming in the nearby castle. One thing you realise when you start visiting Game Of Thrones locations in Northern Ireland is just how many castles we have here. Its rather a lot.

Ever since then I've been begging Sarah to take me out on a location hunt. Given that everywhere in Northern Ireland is pretty much a two hour drive from where I live, its criminal that I don't get out to see the sights more often. This weekend was our day. We decided to visit as many locations as we could in one day and conveniently enough we didn't have to stray from my home county of Antrim.

This is home territory for me. I live five minutes from Shane's Castle, spent my childhood summers camping here as a Girl Guide, and come every year for the Irish Game Fair to snoop on the food stalls. I've never been able to explore it the way we did this weekend though because its usually all fenced off during public open days. It was wonderful to finally get down to the waters edge and see the castle keep from below. I can't even begin to explain how amazing it was to sneak on to the working set (fully ignoring the keep out signs on the broken fence) and down in to the crypt. This set has been home to many different scenes and locations in the series but when I was there I didn't care about any of that, I was just loving the ability to explore the ancient ruins themselves. 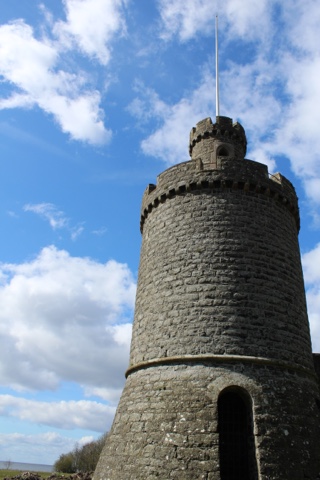 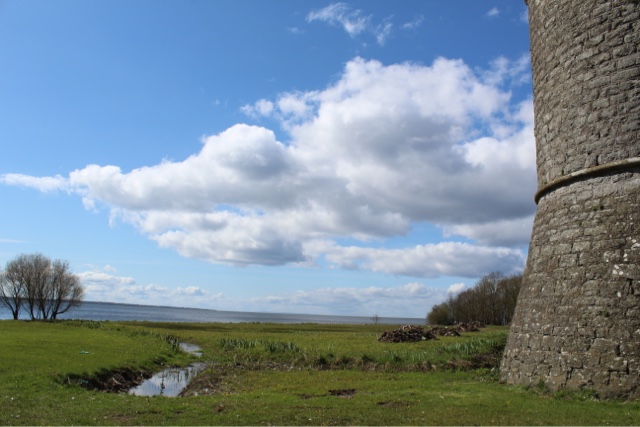 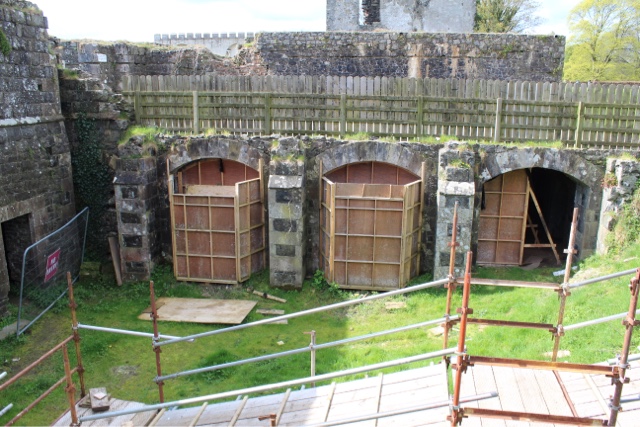 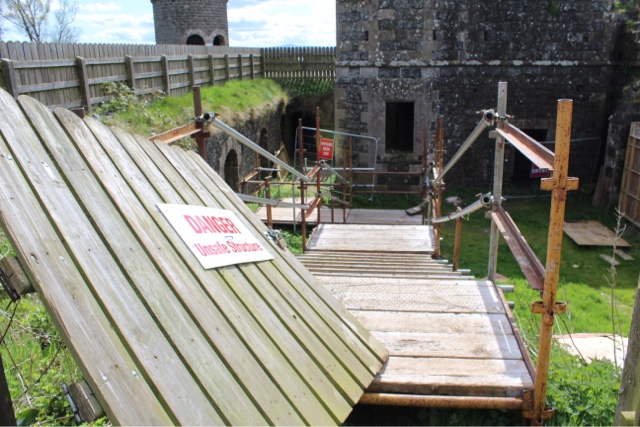 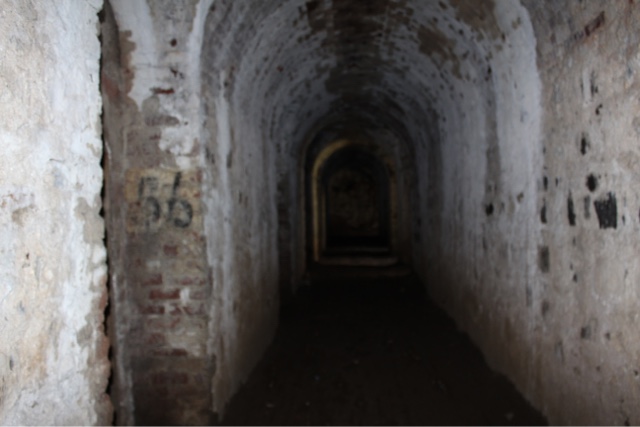 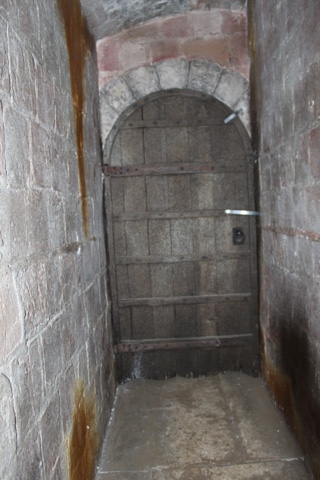 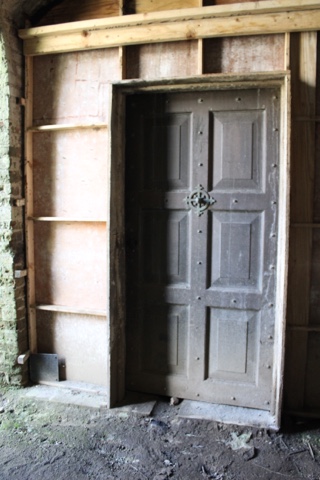 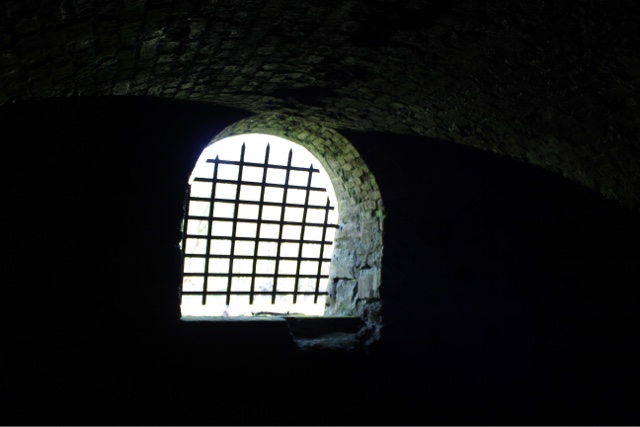 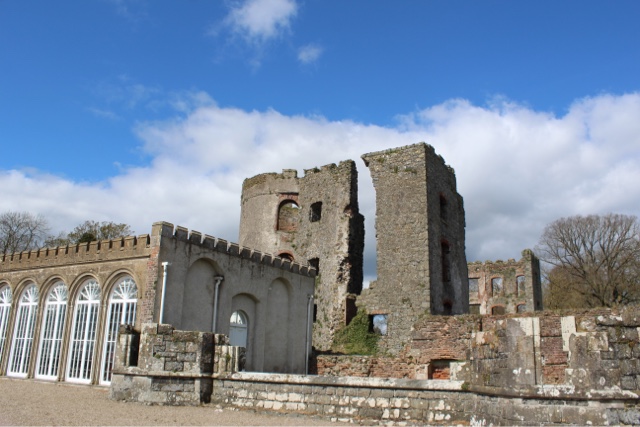 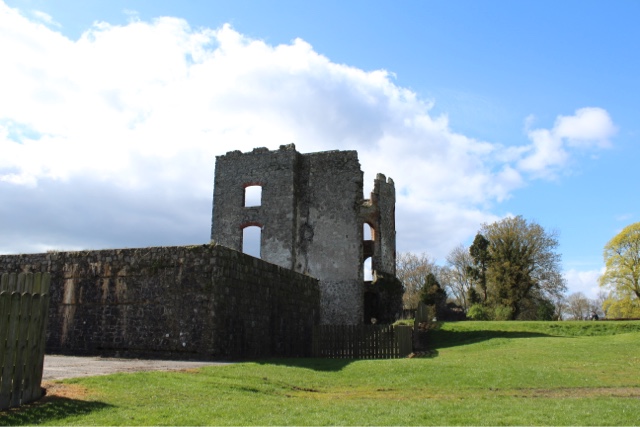 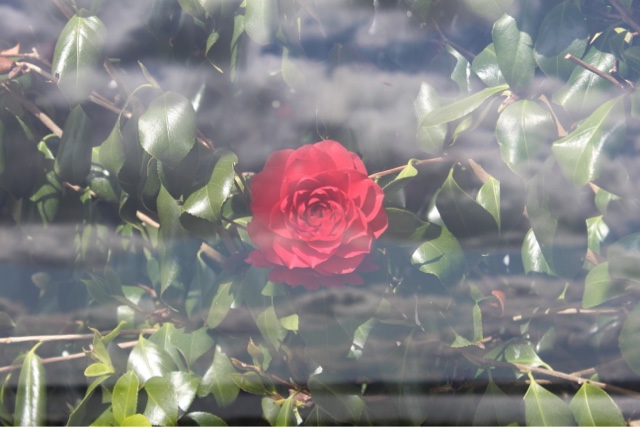 
Another Castle but alas this was our biggest fail of the trip. We drove round the whole estate trying to get a close up view of the castle without actually trespassing on private property (I don't mind wandering in through a broken gate of an abandoned castle but I draw the line at a locked one with a working farmhouse sat beside it). Still, we enjoyed the picturesque drive towards Toome so all was not lost. Moneyglass is another working set so fully expect to see it pop up during the upcoming season 6. 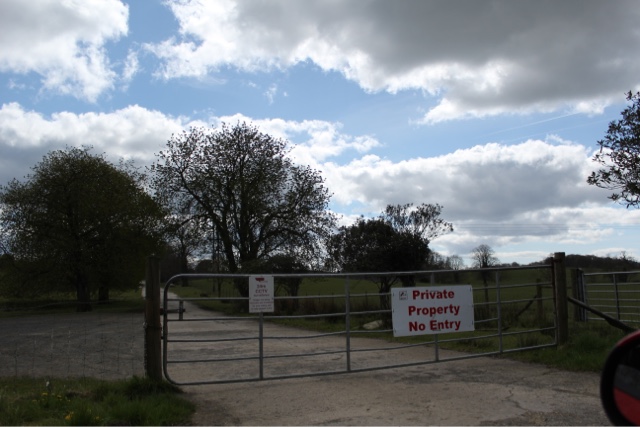 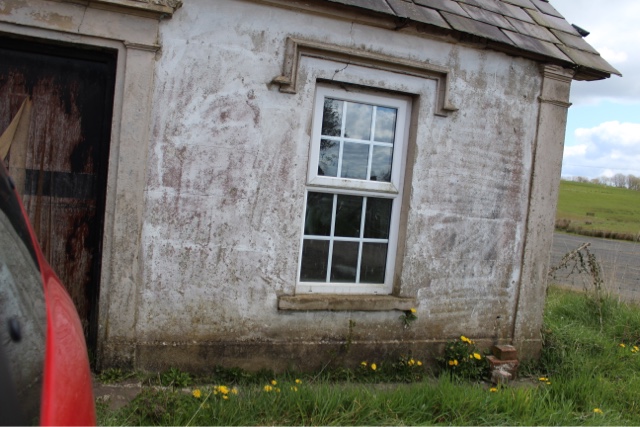 One of Nothern Irelands most iconic views even before the series filmed there and really made it famous. The Dark Hedges set the scene for The Kings Road in the series. Much like the series they've had a troublesome winter with a few of the trees being blown over by the winds and a major SNAFU by the road service when they accidentally re-tarmacked and drew lines on the road! Thankfully the lines were removed and the view is once again undisturbed by modern eye-sores. Unless you happen to be one of those people who parks in the middle of the road and blocks everyone else's view. 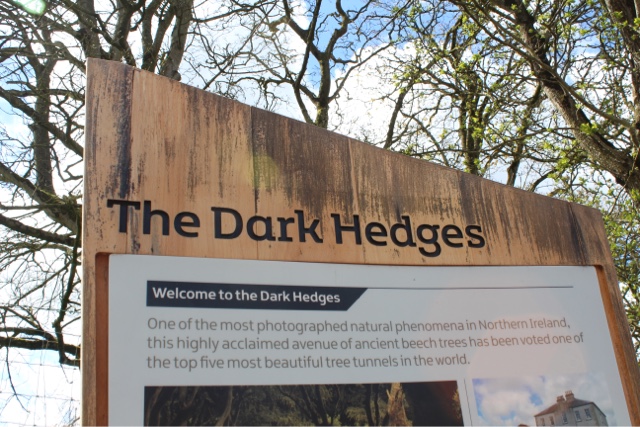 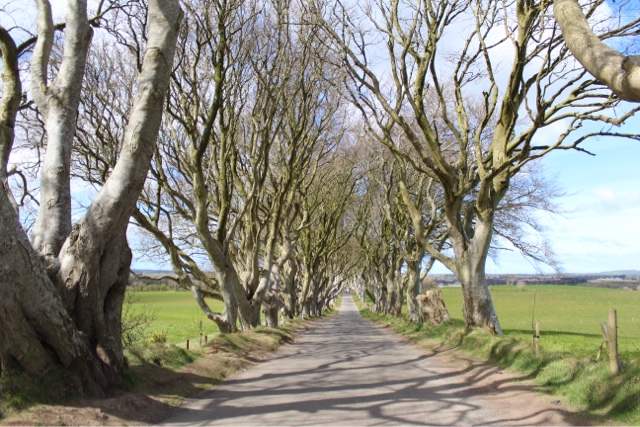 
Those watching my Snapchat will have seen my blonde moment as a briefly called this Port Ballintoy. I corrected myself quickly though and then took a stroll across the harbour bay. Ballintoy is one of the "Official" tour locations so you can often see people dressed up in cosplay and heading off to recreate their favourite scenes (and pretend to be Alfie Allen coming home to the Iron Islands). It is also a beautiful place by itself, popular with locals to go and grab a sausage bap and watch the sun rise. It also has some spectacular caves. 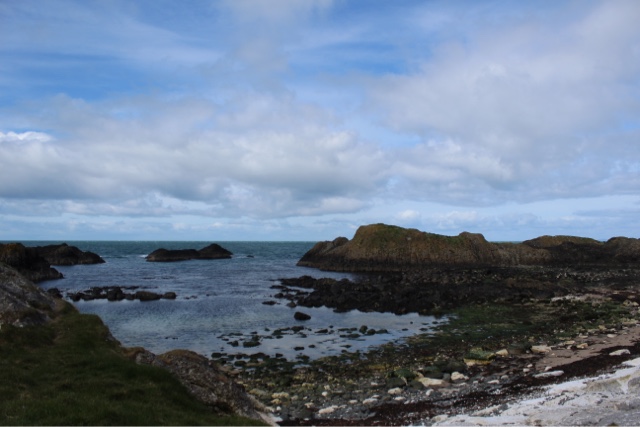 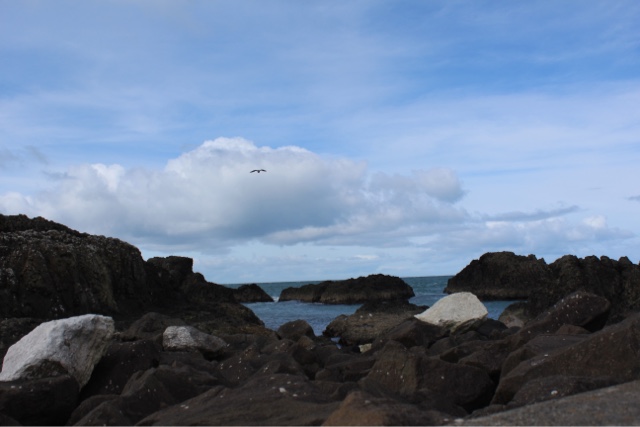 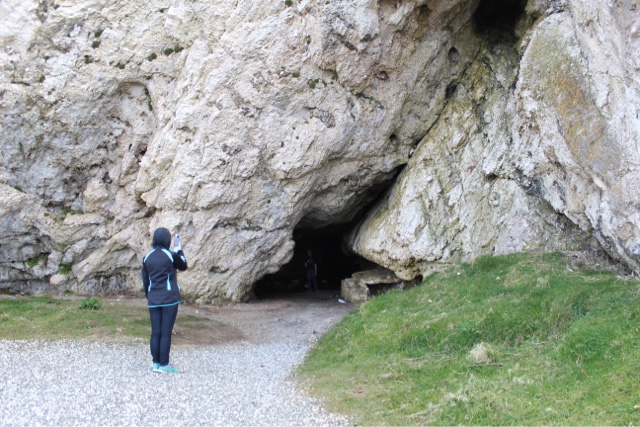 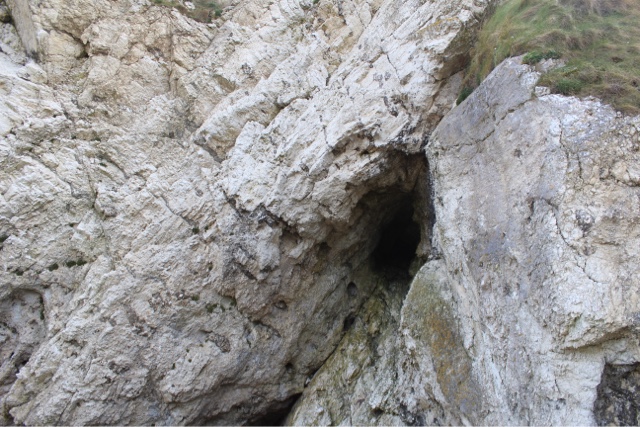 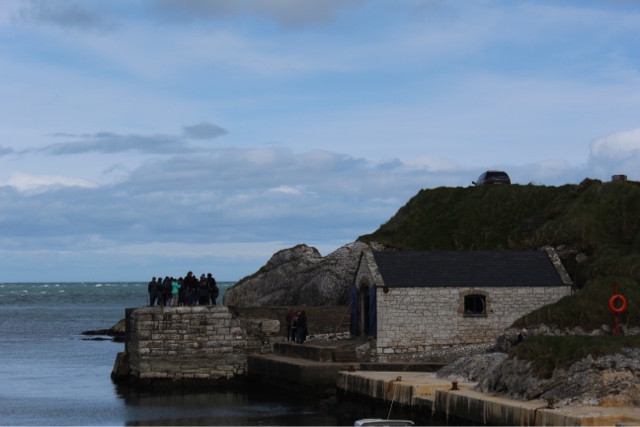 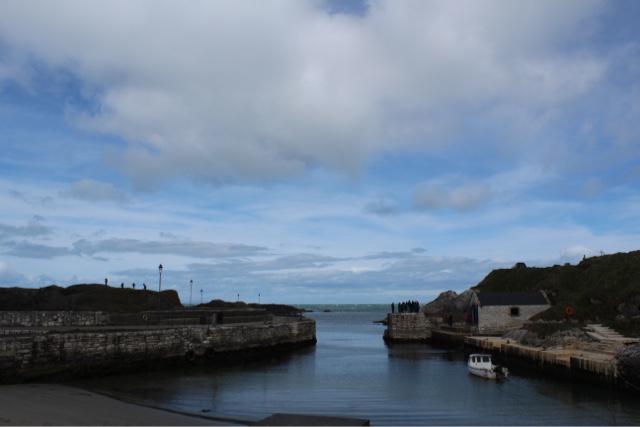 Just up the road from Ballintoy is Larrybane. Lets be honest with ourselves, Larrybane is a quarry. It's not the most exciting place in the world when it's not acting as a huge settlement in the show. Mostly it is used as overspill for the nearby Carrick-a-rede Rope Bridge, which is a popular tourist attraction for those crazy enough to walk across a shakey old rope bridge without safety nets over a whacking great big chasm... did I ever mention I don't like heights or bridges? If you venture beyond the cliffs, however, you will get a lovely view of the ocean and even see a few of those very familiar Iron Islands from a different angle. 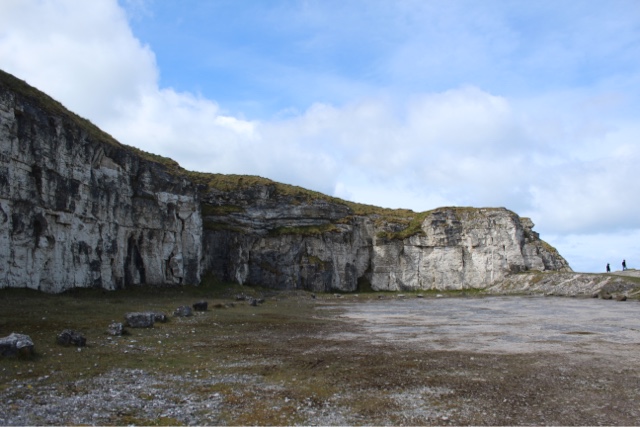 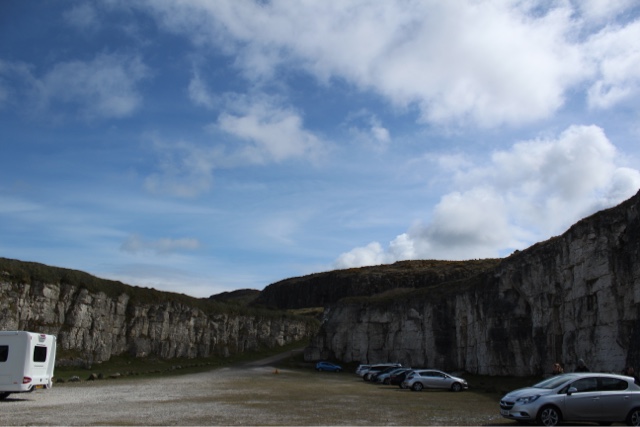 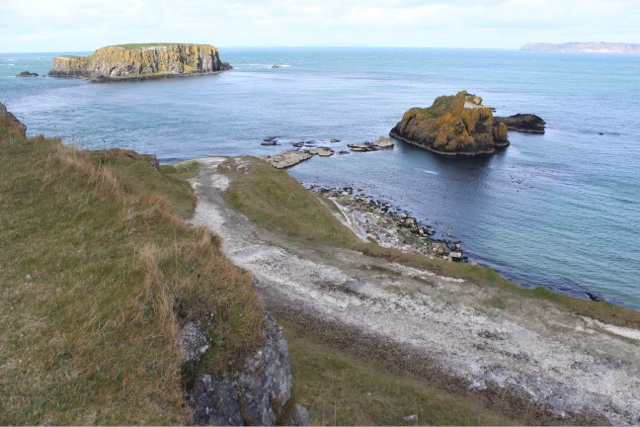 
Of all the locations we saw on this day, Murlough Bay was easily in my top two and thoroughly worth the extremely hairy drive down the very very steep hill. Although it is possible to drive the last league of the journey we actually decided to park up and walk along the road to the bay itself. It is a stunning area and completely remote. I couldn't believe it when we reached the bay and found that there are actually two tiny houses there. People live with this amazing view everyday! I was extremely jealous and shall be keeping an eye out on Airbnb... just in case.
Fans of the show will note that Murlough bay is actually home to two different locations within the show. Renly Baratheon's Camp was filmed in a field at the top of the hill but the worthy site is Slavers Bay which you see here. Totally worth the screams you will inevitably scream as you descent. 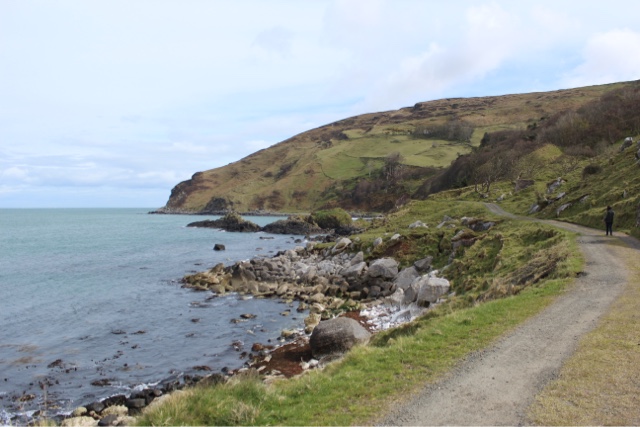 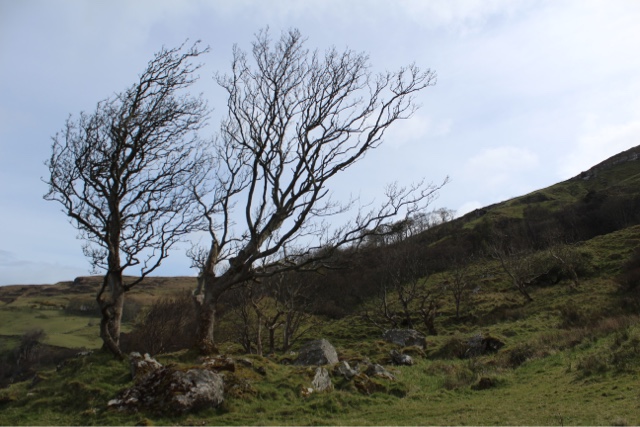 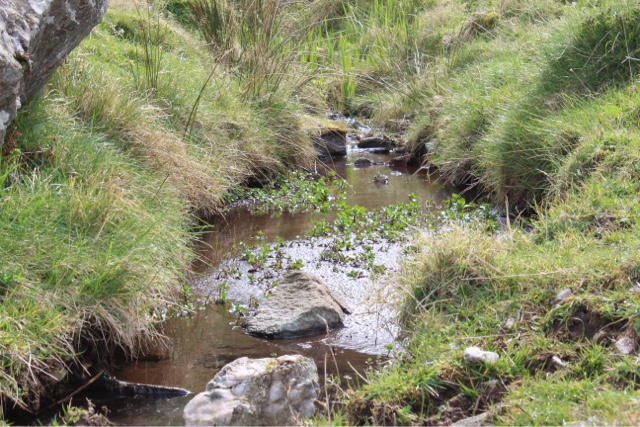 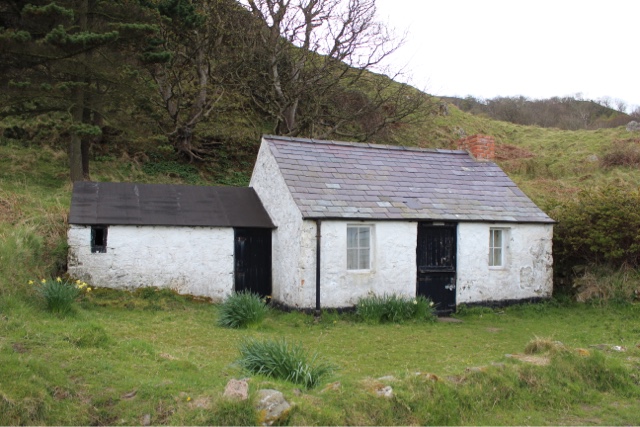 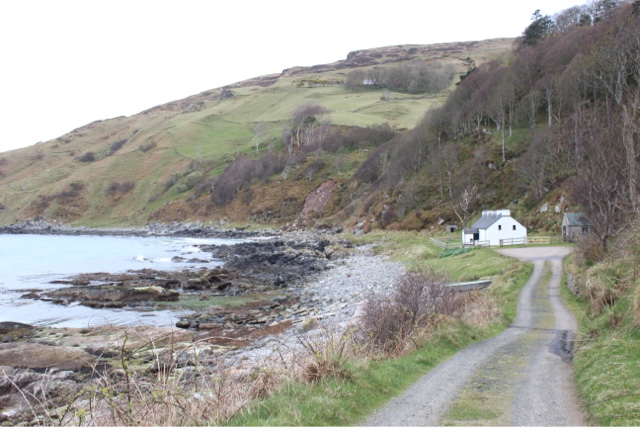 Stay tuned for more locations as we are going to make an effort to see as many as we can. Prizes for those who can get us on to working sets!